The Sex Civilization of the Younger Generation in Cyberspace 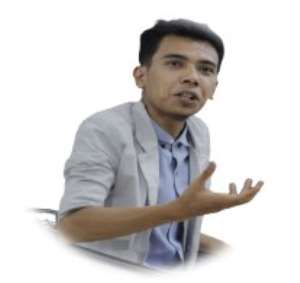 Recently, the public has been very noisy talking about the 2024 election and the Indonesia Emas 2045. Where these two things are symbols of the discussion of state elements about the future of the country. However, it seems as if all parties are caught in the maelstrom of pragmatic narratives and worthless projections are eventually mushrooming. Given the spirit of laying down the hope for the future of the country, we cannot ignore the condition of the younger generation.

The increasingly phenomenal growth of digital technology has caused a number of major problems in the younger generation. With regard to the rapid increase in accessibility to pornography and information related to sexual behavior. The author has been conducting research on the issue since 2019 - 2022. There is something very worrying and far from the public conversation so far.

They usepornography to learn about sexual activity and useit as a reference for various sexual acts. The number is not small, in 2019/2021 – WhatsApp groups with a capacity of 250 people (accounts) are equivalent to the average population of one village in Indonesia. The author examined 5 WhatsApp groups with a total number of young people as many as 813 people (age range 14 - 22 years). Apabila refers to the release of the Ministry of Women's Empowerment and Child Protection in 2021, there are 66.6% of boys and 62.3% of girls in Indonesia watching sexual activities (pornography) through digital media.

Furthermore, the author conducted further studies in 2022 along with the increase in the capacity of WhatsApp groups which have reached 500 people (accounts) per group. The author entered 10 WhatsApp groups (the number was deliberately limited for focusing) with the number of young people in it as many as 4,210 people (age range 14 - 22 years). Text messages, stickers, voice messages, videos, video calls and other features are only filled with things related to pornography.

They spend an average of eleven hours per day viewing pornographic content. If the capacity of one group is equal to even more than the population of one village in Indonesia, then readers can imagine the condition of our younger generation who form their daily activities containing sexual things. These young people are experiencing cyber sex addiction and have destructive implications for real life – the formation of the younger generation of sex civilization (from cyberspace).

Implications of Cyber Sex Addiction in the Real World

Pornography provides endless sexual access with significant impacts on the emotions, perceptions, and health of the younger generation. Pornography causes a distorted perception of social reality – excessive perception of the level of sexual activity in society, an increase in the estimated incidence of premarital and extramarital sexual activity, an increase in promiscuity assessments, as well as an overestimation of the general prevalence of deviants such as sex groups, animalistic activity and sadomasochists. Thus watching pornography intensely causes multi-destructive diseases for the younger generation.

Second, the meaning of life – the use of addictive pornography leads to lower youth self-esteem and a weak ability to live a meaningful social and work life. Ifeel depressed and experience a decline in important aspects of life as a result of pornography addiction. When the younger generation does not believe that exposure to pornography has an effect on their view of personal life, they are more easily internalized by abnormal sexual attitudes and increase the involvement in deviant sexual behavior.

All these distortions constitute a serious misunderstanding of sexuality and are harmful distortions of the nature of the social life of the younger generation. They have a more permissive meaning in life, unrealistic sexual beliefs and values, increased ritualization of sexuality, victimizing behavior in social relationships, thoughts and stereotypes of gender inequality as well as normalizing pathological sexual behavior.

The definition of gay-porn as well as lesbian-porn for the younger generation who are homosexual (biologically) is to articulate his or her ideals of sexual desire. They use pornography as the standard of what theywant in their partners and in themselves. Ironically, the author also found that some younger generations initially had a heterosexual orientation, but turned into homosexuals after consumingexcessive pornography. Based on the information obtained, that they were then exposed to homosexuals due to boredom, curiosity and meeting the wrong environment. In this context, pornography has expanded the LGBTQ sexual repertoire.

Nevertheless, the reality that is being performed and played by the younger generation is a portrait of the future of this republic. The face of the younger generation is lethargic, lackluster, counter-productive, complications of mental illnesses (psychological), great potential for various biological diseases to emerge (such as HIV / AIDS), degradative morality (morals), ambivalence of rationality (mindset), tend to have absurdity words, and other destructive behaviors. Contrary to what the government has often touted so far about the future of the country. Therefore, it takes quick and precise efforts from all parties to alleviate the problem.

Young Researcher and Founder of the AS Institute