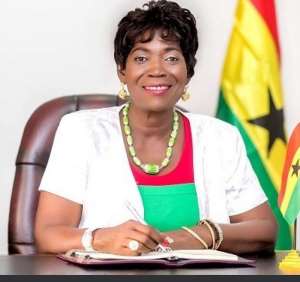 Member of Parliament for Kpando Constituency and former Deputy Minister for Gender, Children and Social Protection, Della Sowah has congratulated the Black Stars for a spirited performance against South Korea.

She said the display was a commitment to go all for Mother Ghana at the highest stage in football.

The Member of Parliament speaking to this reporter after Ghana’s victory over South Korea noted that experience is very useful and must always be tapped.

She charged Ghanaians to have trust in themselves and give the Black Stars unflinching support in this World Cup.

The MP added that with belief and desire to fight for Ghana, the Black Stars can surprise any country on the big stage.

This notwithstanding, she has appealed to The Ghana Football Association to make good use of former Black Stars players.

She urged the Football Association to device a plan for ex-Black Stars players and make them a part of football development at the juvenile and other levels for better mentorship.

According to her, the likes of Abedi Pele, Stephen Appiah, John Paintsil, Asamoah Gyan, Yaw Preko, Michael Essien, Sulley Muntari and many other faithful sons of Ghana, have meaningfully contributed their years of expertise to the country’s football.

She added that her encounter with most of them shows they are always ready to play their part when duty calls.

Della Sowah said these old players have played up to the highest level of football and have seen it all and it would be in a better place to devise a role for them to be useful to the country.