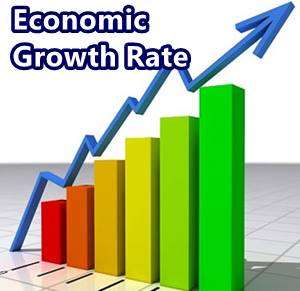 NHS staff in the UK threatens to go on strike shortly. In Ghana, people cry out for jobs. In Germany, beneficiaries want an increase in social benefits, in Greece pensions were cut down during the financial crises and bailout, in the USA more food banks feel the heart of a society in which people are asked to strive for personal happiness.

The state has no money only taxpayers and citizens have. Tax comes from economic activities be they active or passive, new or wealthy generations gone. A state is a central place in a society managed by Royals, Politicians, or a combination of the two.

In developed countries, the trend can be observed that people stay away from entrepreneurship rather than prefer being employed or government officials.

Products and services generated must be bought but face over time limit unless internally no more consumers are born or foreign markets can be conquered.

As the world population is rising accumulated and new wealth can rise in the same proportion but with more harmful effects on various sectors of national and global issues. The limit of increase is reached once the effects of overpopulation sets in drastically in negative territory.

Before this shift is taken a change in consumption will be seen around the world. As responsible societies, we must start today to tell our people the hard truth about the obvious coming. The national economies need to be faster to react to changes, challenges, and new opportunities in the world.

Like in the past when today giant companies like Siemens, Bosch, Mercedes Benz, JP Morgan, Stanley Chase, etc. started with humble beginnings through the idea of mostly not well-educated, not-rich men we must once more realize States do not create jobs only get taxpayers money to perform for them but it is the spirit of an individual which creates companies and jobs. If some of us would not undertake personal risks in many ways to create jobs and a better future for himself we would not only see Communism that benefits mainly a new elite but leaves the economy in disarray and people stagnant.

To be a civil servant is needed for society but does primarily not generate income for the nation to blossom. Employees getting each month's secured paychecks can often plan a foreseeable future but do not create jobs. Employed CEOs only work on the mandate given by shareholders that got their money as entrepreneurs or inheritance when hitting rock bottom of the source of their fortune.

Basel III is a knife in the back of modernity in the economy. Despite many initiatives undertaken to stimulate entrepreneurship, there is still an unhealthy reluctance in many societies. As much as civic workers are needed the question comes up why should one person 30-40 years give out passports and register people under new addresses? Why not do this for 10 years, start a career in the private sector, before spending the rest of your life as a boss in your own company? Why be a worker for as many as 40 years instead of getting self-employed in various ways?

Our societies must promote self-employment over a civil service position or being a worker. The spirit, promotion, and demand are the essences of a flexible and adaptable society to cope with the challenges of today and tomorrow. As much as our leaders have no entrepreneurial expertise or experience themselves to reach this target becomes a difficult challenge.

In other words, societies strictly promoting self-determination in form of starting companies will make them leaders over relaxed old systems. In Africa, people have not much to lose but everything to gain when wisdom is their driving force.