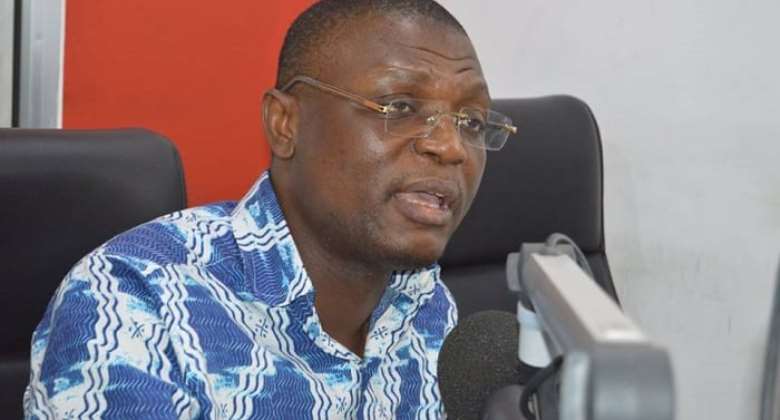 The Member of Parliament (MP) for Buem Constituency, Kofi Adams is not buying the story being told by the Majority MPs in relation to the attempt by a businessman to bribe them to drop the demand for Finance Minister Ken Ofori-Atta’s removal.

On October 25, Member of Parliament for the Asante-Akim North, Mr. Andy Kwame Appiah-Kubi speaking on behalf of 80 MPs on the Majority side urged President Akufo-Addo to change the Finance Minister.

In an engagement with the media, the MPs threatened to boycott government business in Parliament if the President refuses to listen to their call.

“The recent development within the economy is of major concern to our caucus and our constituents. We have made our grave concern known to our president through the parliamentary leadership and the leadership of the party without any positive response.

“We are by this medium communicating our strong desire that the president changes the Minister of Finance and the Minister of State at the Finance Ministry without further delay in order to restore hope to the financial sector and reverse the downward trend in the growth of the economy,” Mr. Andy Kwame Appiah-Kubi told the media.

After the announcement, a wealthy businessman is said to have held a meeting with the Majority MPs and attempted to bribe them with money.

However, Mr. Andy Kwame Appiah-Kubi has disclosed that the MPs rejected the money on grounds that it was not their motivation.

"We refunded it to him on the principle that we are not doing what we are doing for money.

"Because of that, we did not open the envelope to even know how much was in it,” the Asante-Akim North said.

Speaking to Joy News in an interview on Wednesday evening, Buem MP Kofi Adams has shared that the story being told by the Majority MPs is just to polish their image and look good.

“The majority MPs just want their ratings to go up because people would be happy someone offered them a bribe and they refused,” Kofi Adams argued.

He further stressed that if the story is true, then it must be taken very seriously because it is a crime.

“Attempting to bribe a member of parliament in the performance of his or her duties is a serious crime we must not toy with,” the Buem MP stressed.