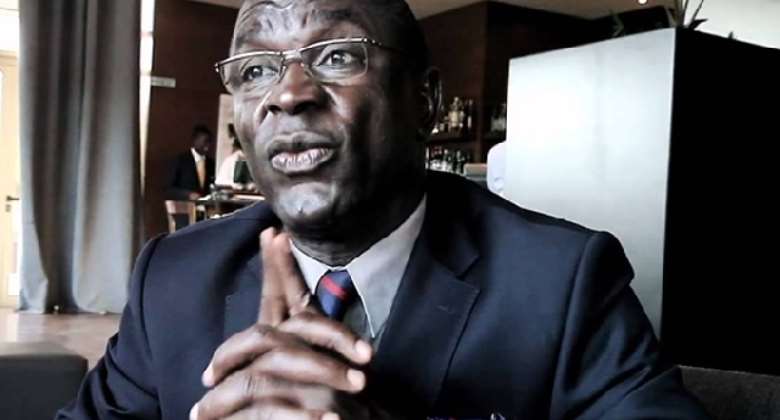 The Bank of Ghana (BoG) was told by officialdom to collapse Seidu Agongo’s Heritage Bank Limited, the founder and CEO of the now-defunct UT Bank, Mr Prince Kofi Amoabeng, has said.

Mr Amoabeng, whose bank was also collapsed in the first term of the Akufo-Addo government, told Nana Otu Darko on CTV’s morning show, Dwabre Mu, on Tuesday, 4 October 2022: “I was pained by the collapse of Heritage Bank because it was young”.

“The Bank of Ghana had issued a licence to Heritage Bank and Heritage Bank had not operated for long and, so, unlike UT Bank, it had no bad loans or anything and it was a wholly-owned Ghanaian company that we had to nurture to grow”, he explained.

“Secondly, the owners of Heritage Bank found it fit to appoint a solid board”, he noted, adding: “I mean, the chairman was [Prof] Kwesi Botchwey. When it comes to finance in this country, he is the safest hands you can get; he’s seen it all”.

“As chairman, the board members run the bank, not the owner, so, I don’t know Seidu Agongo – as I told you, I haven’t met him before – but I know Kwesi Botchwey and I know his track record. So, if you have a bank that hasn’t got any baggage, it’s fresh and it’s got a board headed by Kwesi Botchwey, then it means its closure was a worse decision than UT Bank”, he further noted.

“As for UT Bank, we owed and they could have bailed [us out] but decided not to bail; that’s an option. That is why I mention that Heritage Bank, for example, was collapsed out of sheer wickedness”, he added.

“When you were issuing the licence, didn’t you know the owners and the board?” he asked.

“It means they were told to withdraw the licence”, he deducted.

“And it’s not a fair way but it’s another dangerous path that Ghana has taken”, he regretted, noting: “Every institution has been politicised including even the army”.

“And that is why I am saying that for Heritage Bank, the institution that is supposed to be independent of the government, even though in principle, issues a licence and then withdraws that licence when the company hasn’t even done anything wrong”, Mr Amoabeng added.

Mr Amoabeng made similar comments a couple of years ago saying he found it “extremely odd” for the Bank of Ghana to have collapsed Heritage Bank Limited, which had no bad loans on its books and was being run by the “right people” within the industry.

In his view, the revocation of the licence of the Ghanaian-owned bank, whose founder, Mr Seidu Agongo, has always argued was above board, as far as its books were concerned, was not only politically motivated but also “extremely unfair and unfortunate”.

Asked directly by TV3’s Paa Kwesi Asare in an interview on Business Focus: ‘Do you think, as many think, that some of the decision to close down certain banks was politically motivated?’ Mr Amoabeng answered: “A few of them; specifically Heritage Bank”.

“I don’t understand the issue because the Chairman of the Board is Dr Kwesi Botchwey. I have a lot of respect for him when it comes to finance in this country and managing Boards and he will not, in my estimation, ever accept to be Chairman of a bank that is not right and dealing in all sorts of things. I can say that for him”, Mr Amoabeng, whose bank was also among the nine Ghanaian banks that were collapsed in the central bank’s financial clean-up exercise during President Nana Akufo-Addo’s first term of office, noted.

“So”, Mr Amoabeng noted: “I find it extremely odd that a bank – and it had not started doing business for it to have bad loans and all those things – and for you to say that the owner didn’t have what it takes [doesn’t meet the fit-and-proper criterion] or however they put it, I mean the owner doesn’t run the bank, he’s a Ghanaian, he’s got the money, he’s appointed the right people to run the bank for him, so, what is the excuse?”

“I find that extremely, extremely unfair”, Mr Amoabeng asserted, adding: “Maybe I don’t have all the facts, but from where I stand, I find it really unfortunate”.

The Bank of Ghana revoked Heritage Bank’s licence on Friday, 4 January 2019 on the basis that Mr Agongo, the majority shareholder, among other things, used proceeds realised from alleged fraudulent contracts he executed for the Ghana Cocoa Board (COCOBOD), for which he has been facing prosecution together with former COCOBOD CEO Stephen Opuni, for the past four years.

Announcing the withdrawal of the licence, the Governor of the central bank, Dr Ernest Addison, told journalists – when asked if he did not deem the action as premature, since the COCOBOD case was still in court – that: “The issue of Heritage Bank, I wanted to get into the law with you, I don’t know if I should, but we don’t need the court’s decision to take the decisions that we have taken. We have to be sure of the sources of capital to license a bank; if we have any doubt, if we feel that it’s suspicious, just on the basis of that, we find that that is not acceptable as capital. We don’t need the court to decide for us whether anybody is ‘fit and proper’, just being involved in a case that involves a criminal procedure makes you not fit and proper”.

However, Mr Agongo responded with a press statement in which he said that the “not fit and proper” tag stamped on him by the central bank was “capricious, arrogant, malicious and in bad faith”.

Also, the erstwhile Prof Botchwey Board issued a statement on the matter in which it said: “Heritage Bank was by the Bank of Ghana’s own admission, a solvent bank. It never received liquidity support from the Bank of Ghana. Its corporate governance record had never been impugned by the Bank of Ghana. We believe we have been done a grave injustice and a terrible precedent set that does not bode well for the future”

2023 budget: Expenditure cuts are just a recycle of broken p...
44 minutes ago