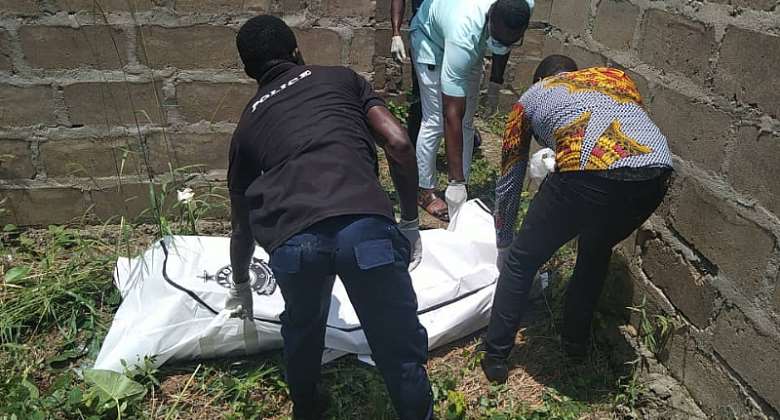 One person has allegedly been shot dead after he and others engaged in illegal mining popularly referred to as galamsey at Asaman Tamfoe, a mining community in the Atewa East District of the Eastern Region.

The deceased is a foreigner who together with his foreign counterparts allegedly went to the land of another miner in the community with a gold detector machine (gold catcher) to mine around 9:30 pm last night.

The owner of the land a known miner in the community, Oye who had the information, allegedly armed himself and went to the land with his younger brother to confront the illegal miners.

During the confrontation, there was an exchange of gunshots where Oye allegedly gunned down one of the foreigners, and his younger brother, Kwaku Nkanto, was also hit in the shoot-out.

Kwaku Nkanto who was rushed to the Saviour Memorial Hospital in Osiem for treatment is currently in handcuffs under police guard.

Meanwhile, the police who have begun investigations are currently on a manhunt for Oye and the other foreigners who are on the run.

Abel Nti Joe, a youth leader and a miner in the community who confirmed the incident to Citi News, said military personnel are currently patrolling the community.

“The incident happened around 9:30 pm on Friday when the foreigners went to the site of Oye with a gold catcher to mine. Oye and his younger brother Kwaku Nkanto went to confront them and there were gun shoots. Oye shot one of them and his brother too was hit by a bullet”.

“The police came around to pick up the body of the deceased and have also arrested Kwaku Nkanto who is in handcuffs at the Saviour Hospital in Osiem receiving treatment. Oye is on the run, but soldiers are in the community patrolling as I speak”.

This latest incident comes just after some youth of the Asaman Tamfoe community in an attempt to prevent the Kibi Divisional Police and Okyeman Environmental Task Force from moving an excavator impounded in an operation pelted stones at the team, a situation which resulted in several gunshots.