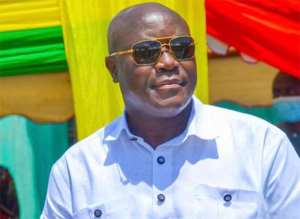 The Metropolitan Chief Executive (MCE) for Sekondi-Takoradi, Abdul Mumin Issah, has intervened in the misunderstanding between transport operators in the metropolis.

The MCE asked transport operators including Metro Mass Transit (MMT) and the Ghana Private Road Transport Union (GPRTU) to stop operating from a terminal that has become a bone of contention, until further notice.

The terminal, which is near the Takoradi-Accra main lorry station, used to be the place where the MMT operate from.

It would be recalled that seven transport operators including the MMT and GPRTU in the Western Region, accused the assembly of granting a private transport operator called ‘Bimbisala Cooperative’ the permit to operate at the terminal against existing protocols.

The drivers also accused the Western Regional Minister, Kwabena Okyere Darko-Mensah, of using his office to unduly favour the private transport company over them.

The Regional Minister acted as the MCE in the absence of the then suspended MCE, Mumin Issah.

Last Thursday, the aggrieved drivers embarked on a brief sit-down strike to protest the assembly’s decision to grant operational permit to the private operator.

The sit-down strike, which lasted for almost six hours, left travellers stranded at almost all the transport terminals in the Sekondi-Takoradi Metropolis and beyond.

According to the drivers, the assembly has allegedly refused to heed to their concerns after series of meetings and press conferences.

They noted that their action was therefore part of measures employed to compel the assembly to revoke the operating permit issued to Bimbisala Cooperative.

However, upon hearing the news, the MCE immediately met the aggrieved drivers and ordered that the private transport operator and the others should stop operating from the terminal in question pending further investigations.

After the MCE instructions, the drivers immediately called off their strike action.