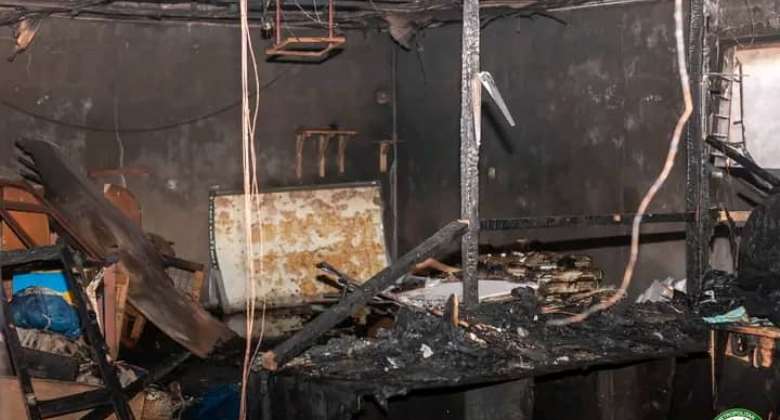 A 12-year-old boy, Prince Bentum Sarkwa has been reported dead in a fire incident at Chorkor in the Greater Accra Region.

Another 15-year-old boy named Solomon Lamptey who suffered a severe injury in the incident, is currently receiving treatment at the hospital.

During a visit to the bereaved family, the Mayor of Accra Elizabeth Sackey assured the family of the government's support.

Confirming the incident to Citi News, the Public Relations Officer of Accra Metropolitan Assembly, Gilbert Ankrah said that: ”the Assembly had a report of the fire incident and had to quickly get the fire service to go and ensure that the fire was quenched but unfortunately one gentleman lost his life. He is a 12-year-old boy.”

He mentioned that the mayor visited the family to sympathise with them and has assured them of the Assembly’s support.

The cause of the fire, which occurred on Sunday, August 14, is yet unknown, but according to some residents they suspect that a premix fuel around the household might have sparked the fire.

Meanwhile, the fire service is expected to present a report of the cause of the fire to the Assembly.

No insurance package for commercial 'pragya' operators - NIC
33 minutes ago