Appiatse disaster: It's not for government to pay compensation to victims — Deputy minister tells Mahama 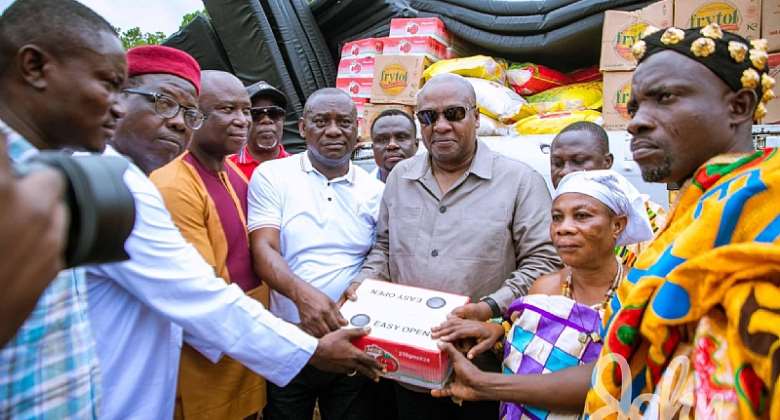 The Ministry of Lands and Natural Resources has emphasised that legally, it is not for government to compensate victims of the Appiatse disaster.

In a statement issued and signed by the Deputy minister, Benito Owusu-Bio indicated the ministry is committed to raise enough funds to support the reconstruction of the community and victims of the tragedy through the Appiatse Support Fund.

The statement comes after former President John Dramani Mahama visited the community and donated food items, matresses and a cash amount to the Committee.

The former President called on Government to provide compensation to victims of the incident to cushion them for whatever they have lost.

But the Deputy minister revealed that Government has since the incident provided relief items to victims whiles hospital bills of those injured are paid with plans to reconstruct the community for the victims.

However, Hon. Owusu-Bio commended the former President for donating to support the Committee to assist victims.

E-Levy: Gov’t determined to behave like a vampire to suck th...
25 minutes ago

Gov’t will hide behind IMF discussions to force more hardshi...
25 minutes ago