The person who appoints is the one who can sack, reshuffle — Agric Minister 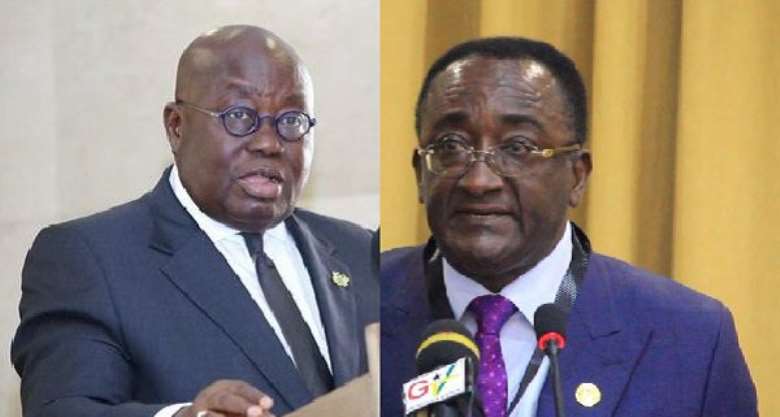 The decision to fire or hire is the prerogative of the President and no one else, the Minister of Food and Agriculture , Dr Owusu Afriyie Akoto, has said.

He said this when asked for his views on what President Nana Addo Dankwa Akufo-Addo said regarding calls on him to reshuffle his appointees.

President Akufo-Addo decided not to change his team because in his view, most of them have worked up to expectation.

He said the output of his ministers has been considerable and that is what he looks at.

Mr Akufo-Addo said these when asked for his views on calls to reshuffle his ministers while speaking on North Star Radio in Tamale as part of his two-day tour of the Northern Region on Monday August 8.

“Many of them for me have done outstanding work,” he said.

“Their output has been considerable, and that is what I look at,” he added.

The president further indicated that “If the output measures expectations, then I don't have any strong reasons to heed the call.”

Asked for his reactions to what the President said, Dr Owusu Afriyie Akoto told Johnnie Hughes in an interview on TV3’s New Day show, Thursday August 11 that “Why not. If your boss thinks you are doing a good job, why not. The person who appointed me is the one who can sack me. If somebody asks the for me to be be sacked, he is not the appointing authority.”

He further expressed hope that the President will not sack him due to his good performance at the Agric Ministry.

“From what I have given you this morning, the work at the Ministry of Agriculture is strong and unprecedented. If you go back 30 years, look at the rate of growth of agriculture and you will see exactly the objective assessment of what I am saying.

“We are very proud of what we are doing for mother Ghana in these crisis, yes global crisis where everybody is suffering food shortage, people are coming into our country to raise surpluses, that should be a big achievement.”