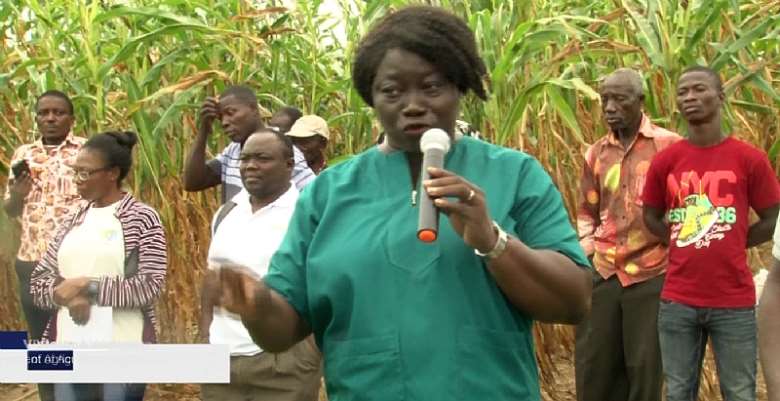 Farmers in the Komenda Edina Equafo Abirim (KEEA) municipality have been introduced to varieties of climate resilient crops to enhance productivity throughout its season.

Speaking at a field trip with farmers in Dompoasi in KEEA, a senior research scientist at the Crop Research Institute Dr. Stephen Yeboah said, challenges associated with climate change which include the changes in rainfall patterns among others have had a negative impact on farming, a situation which has affected families and the economy at large.

He therefore hinted that the improved varieties introduced, will enable farmers meet the demands of consumers whiles not compromising on quality.

For her part, the Director of the Department of Agriculture in the Municipality, Mrs. Victoria Abankwa admonishes farmers to be interested in the efficiency of soil used for farming since that forms the basis of the success or failure of their crops. She asserts that the improved seeds are meant to augment their efforts.

The Municipal Chief Executive who was at the event organized by AICCRA advised the farmers to pass on the education imbibed at the field trip to their colleagues' farmers who were unable to partake in the initiative. Hon. Solomon Ebo Appiah further urged the participants to put to practice what they have learnt and share their experiences with authorities as part of their feedback sessions.