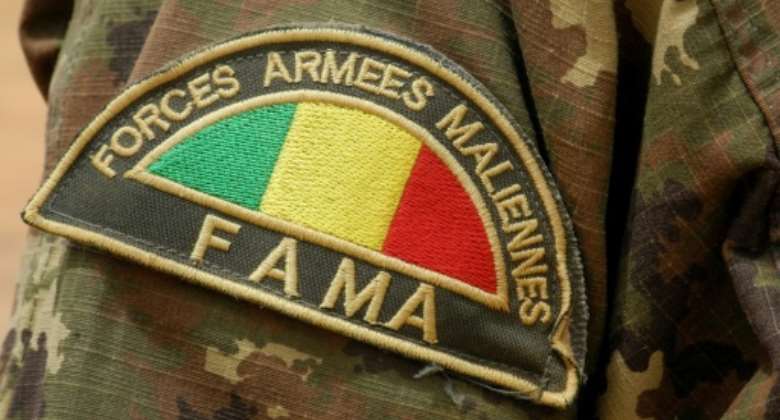 The Malian army and "white-skinned soldiers" were involved in the deaths of 33 civilians, according to an expert report to the UN seen by AFP Friday.

The bodies of 29 Mauritanians and four Malians were found near the village of Robinet El Ataye in the Segou region, where 33 civilians had been beaten and taken away on March 5, a Panel of Experts on Mali said in a report to the UN Security Council late last month.

A diplomatic source in New York told AFP that the white soldiers were paramilitaries of Russia's Wagner group.

The civilians' disappearance stoked friction between Mali and Mauritania at the time.

Nouakchott accused the Malian army of "recurrent criminal acts" against Mauritanian citizens in the border region.

Bamako said there was no proof its army was involved.

The two countries in mid-March launched a joint investigation but its results had not yet been published as of early August.

Western countries say Russian paramilitaries in Mali are mercenaries from the controversial Wagner group while Bamako describes them as "instructors" for its security forces.

At 8:30 am on March 5, a "group of 'white-skinned soldiers' arrived in Robinet El Ataye", a village whose well was frequently used by Malian and Mauritanian herders, the report said.

"The soldiers proceeded to round up the adult men, including older boys, tied their hands behind their backs and blindfolded them," the report said. "The women and children were told to go into their homes and not to watch."

The soldiers raided the houses in the village of jewelry, mobile phones and other possessions, according to the report.

It said a group of soldiers from the Malian army arrived at 11:00 am and began beating the men with their herding sticks.

"The women could not leave their homes as there were soldiers blocking the doors," it said.

"They could only hear the screams of the men as they were being beaten."

The Malian soldiers then released some of the younger men and carried off "thirty-three or thirty-four" others, including twenty-nine Mauritanians and four Tuareg Malians.

The "white-skinned soldiers" left several hours after the beatings began.

The bodies of the men were found four kilometres (two and a half miles) away the next day. They had been "shot and then burnt", according to the report.

An eye witness claimed the bodies were covered by "a dark substance which could not be identified".

The expert panel said it was unable to visit the site of the incident but had collected "several testimonials" on Malian army operations in the region this year.

It said it had unconvered a "similar pattern of pillage and beatings" in five other locations, though not civilian killings. Two other operations the panel investigated involved the presence of "white-skinned soldiers", according to testimonies.

The military court in Bamako has also said it will probe the incident.

The Malian army has conducted numerous military operations to "hunt down" jihadist groups in the Segou and Mopti regions of central Mali since the beginning of the year.

Its soldiers have been accused of abuses on several occasions by NGOs.

In March, the army massacred about 300 people by summary execution in Moura in central Mali, according to Human Rights Watch (HRW).

The government soldiers were accompanied by foreigners identified by several sources as Russians.

The Malian authorities have said they will investigate events there.

The Sahel country is also in the grip of political upheaval following military coups in August 2020 and May 2021.