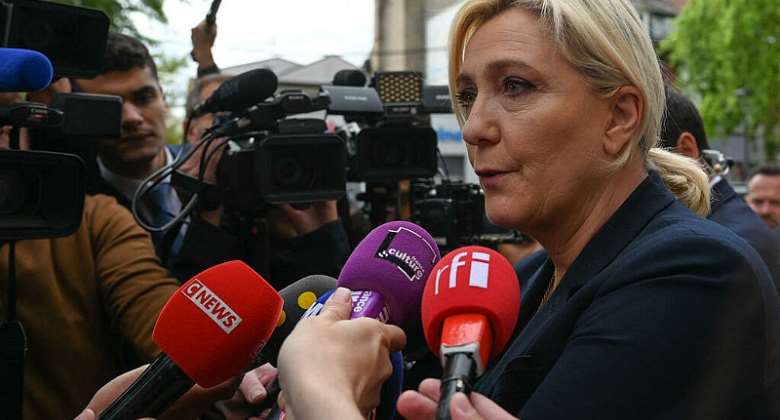 Marine Le Pen, the leader of the rightwing National Rally parliamentary group, has called for an end to sanctions against Russia, saying the moves to punish Moscow for the Ukraine war "serve no useful purpose" and are "causing suffering" for Europeans.

"I want these sanctions to end," Le Pen said at a parliamentary press conference on Tuesday. "Otherwise Europe is going to face a blackout, notably on the question of Russian gas imports.

"The sanctions are simply useless. All thery do is make Europeans suffer. And that, incidentally, includes French people.

"You'd need a huge dose of bad faith not to realise that, contrary to the inflated claims of our government, the Russian economy is not on its knees. They are not on the brink of bankruptcy.

"We are suffering far more from these sanctions than the Russians are," said the MP for the northern Pas-de-Calais constituency.

They can find other buyers for their oil and gas, they can get around the embargoes, she added. "This has been a series of failures by the European Union."

In June, Le Pen had already warned that the sanctions would have "catastrophic consequences for the purchasing power of the French consumer".

Marine Le Pen also had harsh words for French President Emmanuel Macron, saying that, in the first 100 days of his second mandate, he had achieved "practically nothing".

"The one thing that has happened is the legislation on spending power," she admitted, "but he had no choice. That was an absolute necessity.

"And even that is far less than the needs of our fellow citizens.

"For the rest, nothing, zero, emptiness. There has been no drive from Emmanuel Macron over these 100 days.

"It's almost extraordinary, unsettling, to see such total inertia."

But the parliamentary group leader is happy that the French National Assembly is now in control of the nation.

"This is where decisions are made," she said. "For too long, parliament meant nothing because of the huge majorities of the ruling parties. Now things are happening. Now we have debates. Now we can mlake decisions, demand concessions.

"This is where political combat takes place."