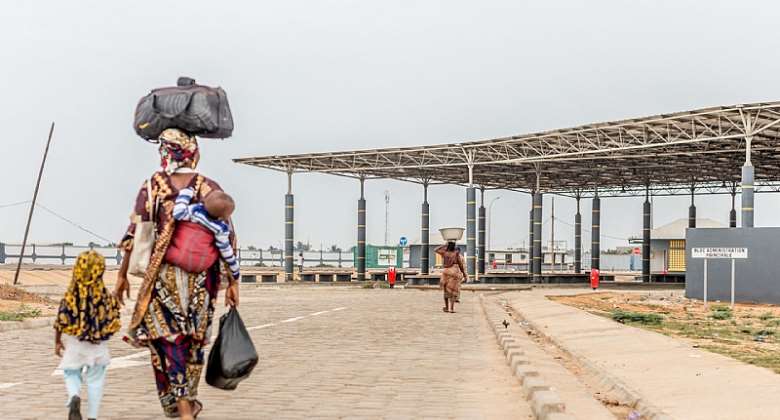 Authorities in Benin and Togo must ensure that the fight against armed groups respects human rights, Amnesty International said today, amid reports of arbitrary arrests and detentions and violations of the rights to freedom of peaceful assembly and expression, and as French President Emmanuel Macron visits Benin on 27 and 28 July 2022.

People have been arbitrarily arrested and detained in both countries, including on the basis of community affiliation. In Togo, at least two opposition party assemblies were banned on the pretext of national security, and the editor of a newspaper was summoned by an administrative authority for reporting on suspicions of a "blunder" by the army in the death of seven children – claims which later turned out to be true, according to testimonies gathered by Amnesty International.

"Security forces are committing human rights violations in the context of the fight against armed groups in Benin and Togo, particularly against members of the Fulani ethnic group. There is a risk that human rights violations will become systematic and worsen, as is the case in neighbouring countries that have been fighting the same armed groups for several years. The Beninese and Togolese authorities must put an end to this now,” said Samira Daoud, Amnesty International’s Regional Director for West and Central Africa.

“The threat of armed groups is also being used as a pretext to restrict civil and political rights. In his upcoming discussions with the Beninese authorities, French President Macron must not gloss over these abuses in the name of a common global fight against terrorism, or France's economic and political interests.”

The authorities of Benin and Togo have adopted exceptional measures in response to attacks by armed groups.

On 13 June 2022, a state of security emergency was established in the northern Savanes region of Togo for 90 days, which authorizes "the prohibition of movement and assembly of people on the public highway", and allows the police and military to question nany person whose behaviour may lead to the belief that there is a risk that this person could commit an attack", according to comments made on national television by the Minister of Territorial Administration.

On 29 June 2022, the Beninese authorities announced that "any refusal or abstention to collaborate with the Security and Defence Forces and local authorities in the fight against terrorism will be considered as support to armed groups and treated as such".

"As reaffirmed in a resolution on the Rights to freedom of peaceful assembly and of association adopted by the UN Human Rights Council in July 2022, emergency measures must be necessary, proportionate to the assessed risk and applied in a lawful and non-discriminatory manner, even in times of crisis. They cannot be legitimately used to justify a crackdown on the exercise of human rights, especially in a context where people are likely to be intimidated or threatened by armed groups," said Samira Daoud.

In north-east Benin on 19 March 2022, a 70-year-old man was arrested by the police in the town of Tanguiéta, in the Atacora Department bordering Burkina-Faso. He was released almost two weeks later without being charged. First, he was taken on a days-long 587km journey from Tanguiéta to Cotonou on the southern coast, followed by a week in detention there.

"He had come to Tanguiéta to take someone to hospital. When he left the hospital the police appeared and asked him if he was Fulani. He replied that he was, and he was taken away with several other men arrested the same day,” said one of his relatives, whose anonymity has been preserved to ensure their safety.

“During the journey the police hit them on the back with the butt of their guns. They drove at night and remained in custody during the day. One of the policemen told them that it is the Fulani who kill the policemen.”

In Togo, several dozen people were arbitrarily arrested on 16 May 2022 in the town of Timbou in the Savanes region on the basis of their membership of the Fulani ethnic group, according to the testimony of two people interviewed by Amnesty International. They were detained by the military forces of Timbou, Dapaong, Biankouri and Cinkassè without access to a lawyer, photographed and released on 20 and 21 May 2022 without being charged.

In Kpinkankandi, a man was arrested at his home by soldiers on the night of 24 May 2022 and taken to detention in Dapaong, where he remains.

"The military told him that a wanted person had entered his house. They handcuffed him and put him in a cell at the Mandouri gendarmerie before transferring him to the Borgou gendarmerie, where he remains until now,” said one of his relatives.

“We do not understand the reason for his detention, as no documents have been communicated to us. One of our neighbours was arrested in the same conditions and is still in detention in Dapaong.”

‘Turning point’ for peaceful assemblies and the human right to expression

Several assemblies of opposition political parties have been banned in recent months by the authorities in Togo under the pretext of national security, while assemblies of the ruling party have been authorized.

The right to freedom of expression is also under threat. On 11 July 2022, Togo's High Authority for Audiovisual and Communication summoned the director-in-chief of the daily newspaper Liberté following a front page referring to a possible "blunder" in the death of seven children in the village of Margba on 9 July 2022. The army later acknowledged responsibility for the deaths of the children, who were killed after being targeted by an aircraft that “mistook them for a column of jihadists”.

In Benin, two journalists were arrested near Pendjari Park while investigating the African Parks organization. Suspected of espionage, they were arrested and detained for four days outside of any legal framework.

“Benin and Togo are at a turning point as they are increasingly targeted by armed groups. The international community, including France, must impress on the authorities of these two countries on the need to fulfil their international obligations in terms of human rights and humanitarian law, and by ensuring that the security context does not serve the abusive/arbitrary practices observed in recent months," said Samira Daoud.

Benin has experienced nearly twenty attacks by armed groups since the end of 2021, according to the vice-president as reported by Agence France-Presse, although authorities have only communicated some of them. Togo has suffered at least four attacks targeting members of the defence and security forces and civilians since November 2021.