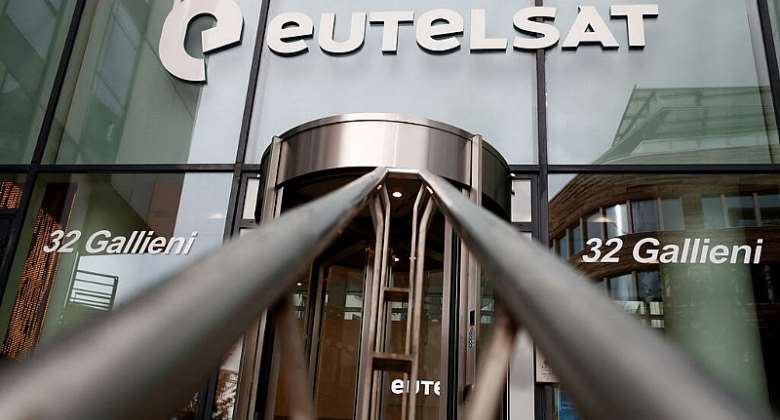 French satellite operator Eutelsat said on Monday it was in talks with British counterpart OneWeb with a view to a tie-up to create a "global champion" in broadband internet, rivalling US operators such as Elon Musk's Starlink.

Satellite broadband promises to bring coverage to the most remote areas of the planet and supply connectivity on aeroplanes and to products like connected cars.

Starlink heads the market with more than 2,000 tiny satellites in lower-earth orbit (LEO), just a few hundred kilometres above the Earth.

Eutelsat already provides some internet services through a deal with telecoms firm Orange, using its network of 35 larger satellites that operate thousands of kilometres from Earth in geostationary orbit (GEO) that are more commonly used for TV and other communications.

But Eutelsat said its tie-up with OneWeb, if it goes through, would be the first of its kind allying GEO and LEO satellites. OneWeb has 428 in orbit.

The French firm said it would be "uniquely positioned" to exploit a market that it expected to be worth $16 billion by 2030.

According to Bloomberg, which first reported talks on a possible merger, a deal "could be valued at more than $3 billion" and fulfill French President Emmanuel Macron's wish when he spoke to European ministers in February, insisting that it was a “matter of sovereignty” to create a satellite offering that could rival Musk.

The "potential all-share combination" would "create a global leader in connectivity", Eutelsat said in a statement published following "recent market rumours" about the possible merger.

Apart from Elon Musk's Starlink, which has a fleet of about 2,500 satellites launched over the last few years by Musk's Space Exploration Technologies Corp (SpaceX), Amazon founder Jeff Bezos has pledged billions to develop his company's satellite structure.

On 22 April, Amazon announced "Project Kuiper," which is designed to create a "satellite constellation" consisting of 3,236 satellites, to be launced by commercial carriers including Arianespace, Blue Origin, and United Launch Alliance.

Public institutions are also looking to get in on the act.

The British government owns a stake in OneWeb.
Eutelsat already holds 23 percent of OneWeb's shares and the transaction would represent a "logical next step in the successful partnership", the French firm said.

The deal has several potential hurdles to clear though, including the need to be approved by Eutelsat shareholders and regulators.

"There can be no assurance that these discussions will result in any agreement," said the French firm.

Eutelsat's shares plunged by more than 17 percent in early trading on the Paris stock exchange.

A deal would strengthen both companies in the race to build a constellation of low-orbit satellites. But Reuters reports that a tie-up would be "politically sensitive," as it would bring together Indian billionaire Sunil Bharti Mittal, along with France, China and Britain as shareholders of the combined group.

"From an anti-trust point of view, this deal is likely to be scrutinised heavily and will also likely need political consensus from both the UK and EU at a time when the UK is choosing a new Prime Minister," Credit Suisse said in a note.

Demand for satellite launches is expected to accelerate after recent sanctions sidelined the Russian space launch industry, and giant satellite constellations could offer a new channel to beam broadband Internet from space.