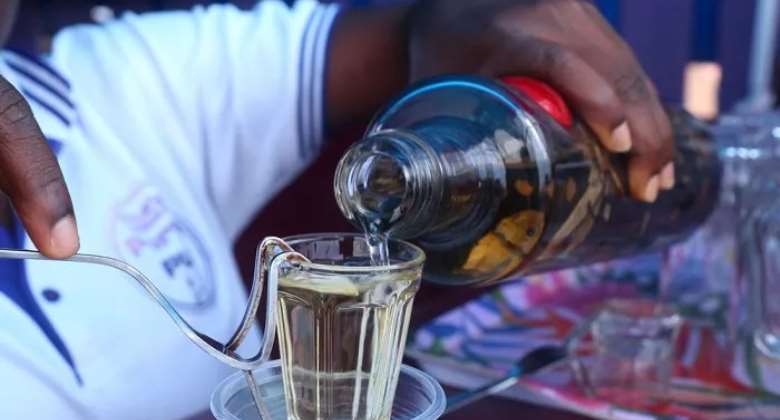 A Civil Society Organization (CSO), the Alcohol Policy Alliance Ghana (GhanAPA ) is calling on government to take a second look at the current ways in which alcohol products are advertised by traditional and online media organizations.

According to the Alliance, the alcohol industry has adopted a disguise way of flouting the orders of the regulator on the ban on alcohol marketing and advertising on television and radio between the restricted hours of 6.00am-10.00pm.

In a press released issued in Accra on Monday and signed by the Alliance's Chairman, Mr. Benjamin Anabila revealed that television and radio program sponsored by alcohol advertisers are being marketed and advertised in a subtle way in which the host of the programs are repeatedly seen and heard advertising and marketing these products verbally within the restricted period.

“GhanAPA through this statement is calling on the attention of the Minister of Health (MoH) to be aggressive on the online and traditional media advertising and marketing of alcohol by the alcohol industry.

“GhanAPA, would like to commend the Food and Drugs Authority (FDA) for their pro-activeness in the control of alcohol production, marketing and sale in the past years,” its noted.

However, it added that the lack of an alcohol legislation is hampering the effort of the regulator. "It’s quite interesting to note that six (6) years of the launch of the National Alcohol Policy (NAP) documents, the alcohol control regulations isn’t yet ready," Mr. Anabila bemoans.

According to the World Health Organization ( WHO), Non Communicable Diseases ( NCDs) kill 41 millions of people every year which is equivalent to 74% of all deaths globally. 77% of all NCD deaths are in low and middle income countries where Ghana falls. WHO also states that harmful use of alcohol causes detrimental health and social consequences for the drinker, the people around him or her and the society at large. Alcohol use is one of the world’s leading risk factor for illness, disability and death.

Alcohol accounts for 3.3 million deaths each year than HIV/AIDS, violence and Tuberculosis. 4.8% of all global burdens of diseases and injuries is attributed to alcohol consumption. It is estimated that alcohol consumption alone causes more than 10% of burdens of Non Communicable Diseases globally.

The press release added that based on the information above, GhanAPA is calling on the Food and Drugs Authority (FDA) to check these electronic (on-line) and traditional media advertising and marketing during the restricted hours and apply sanctions accordingly.

“We are therefore calling on the Ministry of Health, Attorney Generals Department and the Ministry of Justice and Parliament to expedite actions to facilitate the drafting and adoption of an alcohol control legislation which should be modeled on public health interests,” the statement emphasised.

GhanAPA is an amalgamation of civil society organizations’ working towards advancing a healthy nation through advocacy and policy development with the vision of contributing to the reduction of alcohol harm in Ghana.