IMF bailout: We will protect Free SHS and other social interventions — Abena Osei-Asare 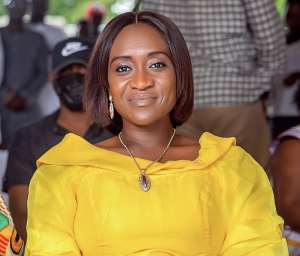 Abena Osei-Asare, a Deputy Minister for Finance, has debunked claims that the Free Senior High School program will be affected by the conditions to be spelt out by the IMF following government's decision to seek a bailout.

Since the government announced its intention to seek an IMF bailout, some Ghanaians fear free SHS and other social intervention programs would be scrapped by IMF.

Miss Abena Osei-Asare, who is also a Member of Parliament (MP) for the Atiwa East constituency intimated that this is not the first time the country is seeking an IMF bailout when social interventions have already been implemented.

“We want to assure people that we have been here [at the IMF] before and irrespective of that we still ensured development… and this time will be no different.

Speaking on Accra-based Asaase radio's Breakfast Show on Monday, July 4, 2022, and monitored by Modernghana News, she assures that government has plans to stabilize the current economic situation.

She added that, with the government's plans in place, she is very optimistic that social interventions such as free SHS, school feeding programs, and others will be preserved to continue to serve low-income Ghanaians.

“We have plans in place that we believe will help us stabilise the economy… other bilateral neighbours will also come in to help us in building back the economy.

“So, like I am saying the government will do everything possible to protect social intervention programmes that we believe will protect livelihoods and also cause the people who are economically low to thrive,” Osei-Asare emphasised.