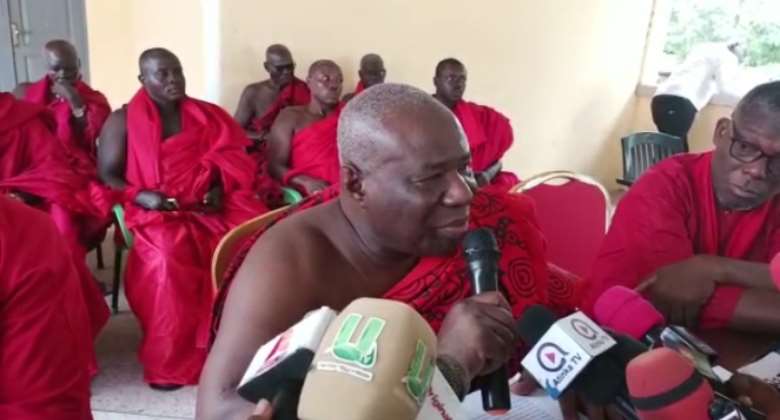 The Effutu Traditional Council, Winneba has sworn to reject any move to carry out mining operation at the Muni-Pomadze Ramsar Site in Winneba Yenku Forest.

The council said any attempt of that sort would be fiercely resisted by the traditional council.

A recent report indicated that Green Metal Resources, a mining company has been granted a mining lease to engage in a large scale mining for lithium within the Yenku Forest reserve and the aboakyer festival hunting grounds.

The council expressed dissatisfaction with the intention to mine in the area without notice by the Minerals Commission or any government institution.

Addressing the media at a press conference, Effutu Omanhene, Nenyi Ghartey VII said, the traditional council vehemently oppose the move in view that it will gravely affect the streams within the area, plant and wildlife species.

He said the place allocated to the mining company includes a Ramseyer site with birds and wildlife of different species. The place has two streams that serve as sources of fish for the people of Winneba.

Mining in the area he highlighted will destroy among other things the Aboakyer festival, a long-held heritage of Winneba, cause flood, destroy two streams, wildlife and increase land degradation.

He cautioned that the traditional council won't sit aloof and encounter these challenges as a result of the mining activities.

Omanhene Nenyi Ghartey VII, urged government to do the needful to avoid any unforeseen violence.

Some youth members of Effutu who spoke to the press also vowed to resist any mining activities within the specified area with all the forces they could marshal.