A professor should be doing some local innovation in their local communities — Prof. Millar 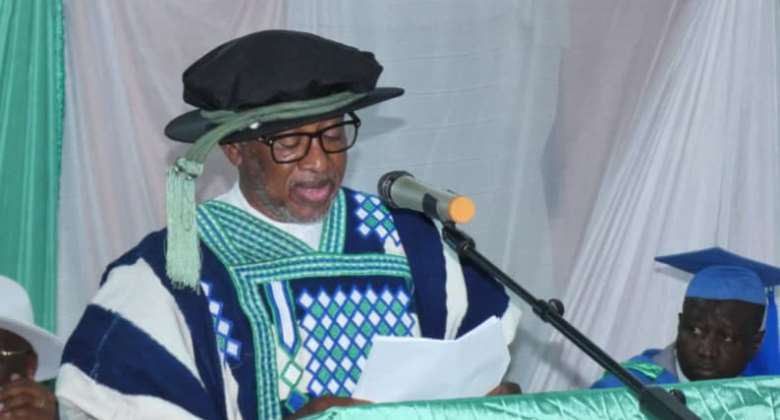 President of the Millar Institute for Transdisciplinary and Development Studies Professor David Millar is asking those with the title ‘Professor’ to redirect their efforts by way of contributing their knowledge to the development and progress of their local communities.

Speaking in an exclusive interview with this reporter, Prof. Millar said, that was the only way the community people will find the usefulness of Professors in their localities.

“Academia in Africa as a whole especially the Professors should redirect their effort by way of professing local innovation in our local communities. Once you start professing that, your people will appreciate the school you have gone to. For now, they don’t know you are a professor, they only know you have gone to school and you have come to solve this problem for them,” he stated.

Meanwhile, Pro. Millar through his innovation in Ghana has started changing the narrative, especially for the people in the rural communities in the northern part of Ghana by way of using what is mostly described as nuisance grass to produce charcoal and brown paper.

The grass initiative alone is expected to create jobs for the community people and as well reduced bush fires which in the past have affected some innocent farmers after losing their hard earn effort throughout the farming season.

However, another interesting part of the grass innovation by Prof. Millar is that the grass conversion into brown paper will massively address the issue of plastic and environmental pollution in Ghana.