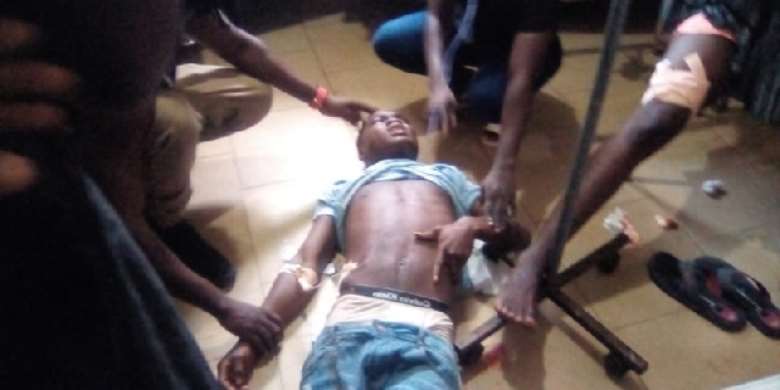 The Ghana Police Service has secured an ex parte injunction to restrain families of the victims of the Ejura shooting from commemorating the 1st anniversary of the passing of the deceased.

The ex parte injunction was secured on Tuesday, 28 June 2022 at the Ejura District Court.

A statement issued by the families said they had planned “Islamic prayers and Quran recitals” for their departed loved ones on Thursday 30 June 2022.”

According to the statement, the families “were also planning to clean the cemetery where they are buried and to build a tombstone over their graves.”

It continued that: “We are shocked to find that our Courts are now been used to prevent us from mourning our dead relatives and performing the necessary customary and religious rites to observe their killing by the military.

“Nothing can fully describe the pain we feel in this moment. Our families are broken and devastated by this act of insensitivity and moral injustice.”

The families however hinted at “holding a Press Conference to outline” their next steps.

Two persons lost their lives and four others sustained injuries in a clash between protesters and a joint security force made up of military and police personnel on Tuesday, 29 June 2021.

The youth of Ejura were enraged by the murder of social media activist Ibrahim Muhammed, popularly known as Kaaka.

Kaaka, 45, a resident of Dagombaline at Ejura, was ambushed in front of his house when he was returning home on his motorbike at about 1:30 pm on Saturday, 27 June 2021.

He was rushed to the Ejura Government Hospital but was later referred to the Komfo Anokye Teaching Hospital where he died while on admission on Sunday, 28 June 2021.

Latest Photo Reports
Catch up with all the political quotes from our politicians.
Advertise here
More from Social News
ModernGhana Links
Don't be selfish, just be patient with God in your difficult times — Christians told
Thief attempting to steal cable electrocuted in Kumasi
UTAG calls for dismissal, prosecution of culprits in UG clashes
TOP STORIES