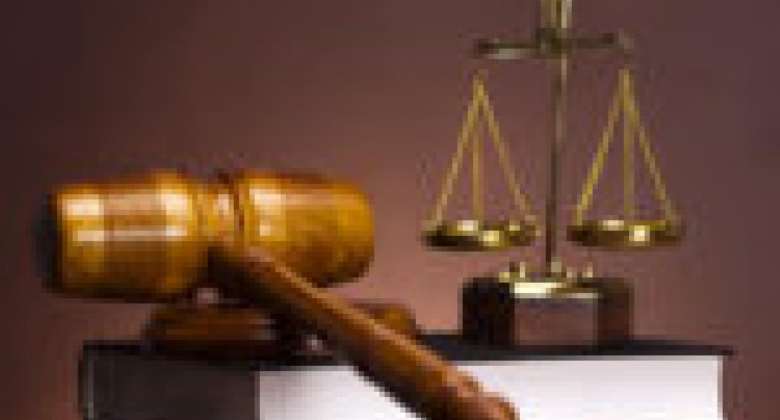 An Accra Circuit Court has remanded a 37-year-old businessman into Police custody over alleged theft of a Toyota vehicle valued GHS90,000.00, belonging to another businessman.

Meanwhile, the Court ordered has prosecution to file and serve witness statements to the accused person's defence counsel.

Assistant Superintendent of Police (ASP) Maxwell Oppong told the Court presided over by Mrs Ellen Offei Ayeh that Ayisi, the complainant, resided at Mallam whilst Laryea, the accused person, resided at Nungua.

He said on May 15, 2022, the complainant was travelling with his “home used” unregistered Toyota Camry and on reaching Nungua, the said car developed an electrical fault so he parked it with the accused person to embark on his trip and come for same when he returned.

ASP Oppong said the Complainant returned from the trip three days later and he came to the accused person to take his car but the car was nowhere to be found.

Complainant, the Court heard, made a follow-up to Nima Police Station and met the accused person at the station and subsequently pointed him out to Police as the culprit.

He said in the course of the investigation, the accused person admitted the offence in his investigation cautioned statement and told Police that he had committed a similar offence to someone and National Security personnel were chasing him to get him arrested and that he used the complainant's car as a collateral to obtain loan and used same to defray his indebtedness in order not to be arrested.

ASP Oppong said after investigation, the accused person was charged with the offence and put before court.

In applying for bail, his lawyer said his accomplices not being around should not affect his client and that he was innocent until proven guilty.

The lawyer said the facts given the Court were not totally correct and prosecution's submission was alien.

He said his client had been in custody for two weeks and had people of substance to stand as sureties for him.

The accused person, the lawyer said, had a wife who was due in a week's time.

Prosecution in objecting to the bail, said Laryea had a number of similar cases at Nima, Tema, among other police stations.

ASP Oppong said the accused person was a flight risk and his fixed place of abode was unknown, adding that should the Court consider bail, prosecution would not get him to stand for trial.

The Court after considering both submissions declined the bail on the issue of Laryea not having a fixed place of abode.