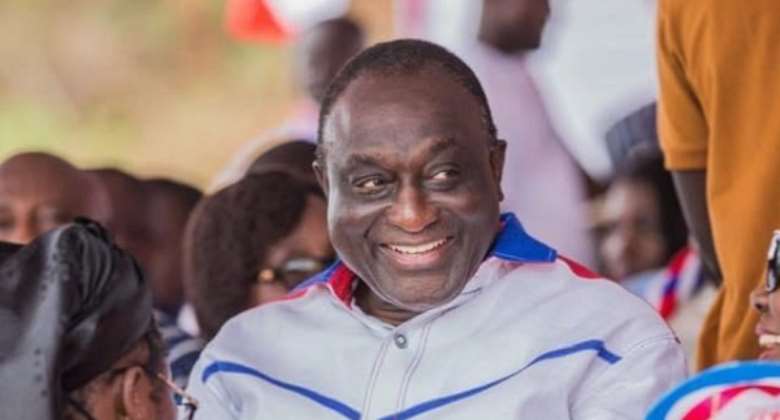 BY THE grace and mercy of the Almighty God, some of us are still alive to witness the 30th birthday of the New Patriotic Party in this Fourth Republic. 1992 feels like yesterday to some of us, as some of the experiences we encountered are still fresh in our memories.

I respectfully doff my hat for the bravery of the living and departed founding members who weathered the storm of hostility, intimidation/, harassment and victimization to ensure that the vision of our forefathers to see Ghana develop in freedom was not lost in history.

I also doff my hat for all those brave, loyal and committed men and women of 18 years and above them, who saw something good in the party and became members of the party on their own volition. You didn’t wait to be promised or baited with juicy position; you walked and ran to the party when it didn’t look attractive. We salute you all!

Whereas some of us have been fortunate to have scored 30 out of the 30 years, others are yet to score pass marks, but the most important thing is that all of us continue to share a common vision that needs to be managed and steered properly so that we don’t veer off the road like others have done.

For dignity of our tradition, unity and victory sake, we would choose a founding member of our party, Alan Kyerematen, who, in the midst of serious tension that could break up the unity of the party into pieces, saw the need to make a great sacrifice for Nana Addo to lead the party in 2007 at the Legon Congress, when Nana Addo was not able to secure the required the 50% plus 1 to become the party’s presidential candidate.

Nana Addo, in his acceptance speech after the contest, recognized and appreciated that great sacrifice and openly said Alan Kyerematen would be the next leader to lead the party after him. Such profound statement by Nana Addo cannot be forgotten.

What political sense would it be to throw away the golden advantage we have been having over the NDC in the political market, when it is pretty obvious that the 2024 election is going to be the most competitive since 1992.

It goes without saying that three political parties would pick their presidential candidates from the North – the NDC, PNC and Hassan Ayariga’s party. So, what advantage would the NPP have for also picking our candidate from the North, especially when a member of the largest community in the country, the Christian community, which has most of its members in the South. Think about it!

Without doubt, the Alan brand is the most popular, attractive and marketable brand in the country at the moment. We need to win in then Ashanti Region, Eastern Region, Central Region, Western Region, Ahafo Region before, if we really want to break the 8. By far, Alan Cash is the only person who can connect well with these regions to give us the needed numbers to win in 2024.

Hon. Alan Kyerematen, most of the young ones in the party don’t even know that your signature was one of the few signatures that gave birth to the party. Some have even been made to erroneously believe that it was President Kuffour who brought you in the party in 2008, 14 years ago. Oh, how we have failed to teach our young ones the true history of our great tradition!

Truth must be told that, as a founding member, you weren’t only there in the labour room when the party was born, you were also part of the few brave ones who nurtured and nourished the baby Elephant till she was able to stand on her feet well to win power in the 2008.

Significantly, you were also part of the few people who emptied their bank accounts to buy the party’s first headquarters at Kokomlemle and financed the party from day one (1992). At that time, some people didn’t see our party to be good enough to join, but you risked it all to be a founding member, regardless of the potential consequences at the time. That was the dark days of Ghana politics, the era of commandos, when people lost their careers, businesses, limbs, lives and fortunes by virtue of being members of NPP.

Kwadwo Kyerematen, your unparalleled service, labour and sacrifice would never be in vain. You shall be the head and not the tail. You shall be the next president of our great Republic. No amount of money, intimidation, manipulation and twisting of history can stop that. You would be the one to breathe a new kind of hope and inspiration into the party’s current state of unconsciousness to revive it once again. And, we shall all smile as Ghanaians like the infectious smile of a baby. Surely, there is hope! Shalom!