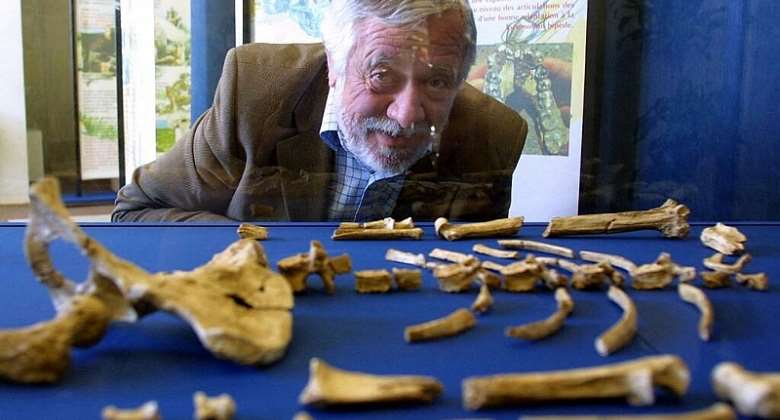 The French palaeontologist Yves Coppens, who co-discovered the famous hominid fossil known as Lucy, has died at the age of 87.

Coppens was part of the team that found the most complete remnants of an Australopithecus afarensis in 1974 in Hadar, Ethiopia.

The team nicknamed the 3.2-million-year-old fossil "Lucy" after the Beatles song "Lucy in the Sky with Diamonds", which they listened to while they were working.

Coppens often referred to himself as one of Lucy's "papas”.

"France has lost one of its great men," publisher Odile Jacob tweeted, announcing Coppens' death Wednesday after a long illness.

She said Coppens had been "a talented writer, storyteller and non-fiction author".

The French presidency, in a statement marking Coppens' death, praised him as a "pioneer" who "allowed French palaeontology to shine a new lite on the origins of all of humanity".

Coppens, who was born in Brittany, knew from a young age that he wanted to be an archaeologist. Throughout his career he was involved in six hominid discoveries.

He was admitted to France's prestigious National centre for scientific research, CNRS, in 1956 when he was just 22 years old, and he began travelling to Africa in the 1960s.

His first major discovery, in 1967, was of a 2.6-million-year-old fossil in the Omo valley in Ethiopia.

In 1974 he joined fellow Frenchman Maurice Taieb (who died in 2021) and American Donald Johanson on an expedition in Ethiopia's Afar triangle, where they discovered Lucy.

Based on the 52 bone fragments – about 40 percent of the skeleton – the scientists were able to determine that it was female, measuring one metre, and was muscular and able to climb trees as well as walk upright.

For a long time scientists believed that Lucy was a direct ancestor of current humans, but since then Coppens and other palaeontologists have instead determined her to be only a distant cousin.

Coppens ran digs in Mauritania, the Philippines, Indonesia, Siberia, China and Mongolia, and became director of the Musée de l'Homme (Museum of Mankind) in Paris.

He was given the palaeontology chair in the prestigious College de France,  and joined France's Academy of Science.

Coppens wrote several books and more than a million scientific articles, won several prizes and served as an advisor on environmental questions to the French government

He was particularly proud to have "made an irrefutable link between the emergence of man and climate change".