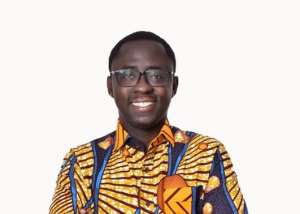 In the last 5 months, the Central Bank has constantly increased the interest rates from 14.5% to 19% as means of managing high inflation rate. The May 2022 rate (19%) was the second consecutive rate increase this year, raising borrowing costs to their highest level since February 2018. It can be recalled that Government Statistician, Professor Kobina Annim recently announced an inflation rate of 27.6% (May 2022) which is the country highest in 18 years. Ghana had 23.9% inflation in April 2022, which was higher than the inflation rates in some African countries, including Nigeria (16.82%), Senegal (7%), Kenya (6.47%), Uganda (4.9%), Ivory Coast (4%), and South Africa (3.9 %).

The strategy of using interest rate as an inflation control measure has not produced the desired results. The issue is that the Central Bank raises inflation rate based on recorded inflation, which is past price changes, rather than expected inflation. This approach has a net effect of importing past trends into the future. The other effect is that high interest rate only benefits the banking sector. For example, out of the 23 banks in Ghana that have released their financial statements this year, 19 of them made profit, with an average rate of 75% and 25% coming from interest income on investment and interest on loans respectively, indicating that most banks are not leading sufficiently.

As a policy direction, the government should consider eliminating some taxes and levies on petroleum products, which are the primary cause of the increase in transportation fares. According to Government Statistician Professor Kobina Annim, transportation fares recorded 39.0%, the highest indicator of the 27.6% May inflation rate. Examining three major factors that influence petroleum product prices in Ghana: import price, foreign exchange, and taxes and margins. Fuel taxes and margins typically account for approximately 40% of the ex-pump fuel price, which is really high. This clearly demonstrates that fuel taxes and margins are a major contributor to Ghana's high inflation rate.

The government must take steps to eliminate some petroleum product taxes and levies, such as the sanitation and pollution levy, the price stabilization and recovery levy, which has long been misapplied. The elimination of these petroleum taxes will help to stabilize the market's frequent increases in fuel prices, as the National Petroleum Authority and Bulk Oil Distributors (BDCs) will have more fiscal space in the regulating petroleum pricing regime.

Akufo-Addo angry, dissatisfied over slow pace of work on Bol...
26 minutes ago