I'm not a stomach journalist, I supported Akufo-Addo when he was in opposition — Paul Adom-Otchere 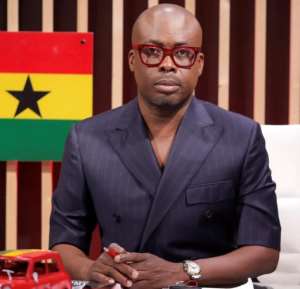 Mr. Paul Adom-Otchere, the host of the Good Evening Ghana show on Metro TV, an Accra-based television station, has revealed that his admiration for President Akufo-Addo dates back to when he was in opposition.

Speaking on his 'Good Evening Ghana' show on Friday, June 10, 2022, Mr. Otchere stated that he has every right to support Akufo-Addo.

According to him, those attacking and describing him as "a stomach journalist" are unreasonable.

"People think supporting Akufo Addo means you are a stomach journalist, but those who do the same for John Mahama are not.

“When you say stomach journalist, what does it mean? I am acting on the conviction that Akufo Addo is the greatest President of his generation for Ghana. You can think differently...but allow me to think that Akufo Addo is the best, and my thinking of Akufo Addo being the best is not new, it dates back to when he was losing elections so those young people who don't know the history, and think that I just jumped on a bank wagon, I have supported Nana Addo forever.

Mr. Adom-Otchere has been receiving punches everywhere after he went hard on Togbe Afede XIV, the Paramount Chief of the Sogli Traditional Area and the former chairman of the council of state, for refusing to accept an amount paid to him as an ex-gratia.

This criticism got many describing him as a stomach journalist, including Oliver Barker Vormawor, the lead convener of the #FixTheCountry fix the country movement, who rained fire on him. “Dr. Paul Adom-otchere. First of his name. Diagnoser of Megalomaniacs. House Boy Econometrician. Stomach Infrastructure Builder. If Inferiority Complex had a name. The Footsoldiers success story. Like President Like Ass-Kisser. MC of Greatest Evening Comedy Show. Grand Master of Serial Callers Anonymous. Airport flower Bouquet Kleptomaniac."

Hottest Photo Reports
Catch up with all the political quotes from our politicians.
Advertise here
More from Politics
ModernGhana Links
'Hopeson Adorye's alleged ethnocentric comment was planned' – Group leader fights back
'Listen to Ghanaians and reshuffle your ministers; they're feeling the pinch' – Rockson Bukari to Akufo-Addo
'Bawumia, Ofori-Atta are the poster boys of Ghana’s economic mess; they must go' – Edudzi Temaklo
TOP STORIES

2021 doctor of pharmacy class to withdraw services over dela...
1 hour ago