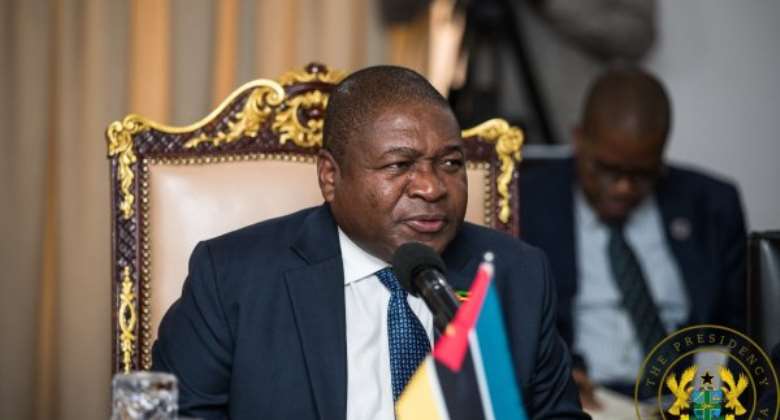 He said President Nana Addo Dankwa Akufo-Addo had written to the Members of the House to accord President Nyusi the opportunity to address them.

The House was expecting the Mozambican President by 1015 hours, he said, and urged all members to be seated by 1000 hours at the latest, when they would start proceedings before his arrival.

In a related development, during sitting on Tuesday, Speaker Bagbin received a delegation of the Zambian National Assembly, led by its Speaker, Madam Nelly Butete Kashumba Mutti.

The delegation is in Ghana on a benchmarking visit to learn and share experiences and knowledge with the Members of Ghana's Parliament.

It seeks to learn about the in-depth workings of Parliament and to create a platform for networking.

Mr Bagbin said Parliament and the National Assembly of the Zambia needed to learn from each other and see how further they could improve and deepen the cordial relations between the two countries.

Latest Photo Reports
Catch up with all the political quotes from our politicians.
Advertise here
More from Parliament
ModernGhana Links
This nicodemous attempt will not be countenanced, present contract on Ameri Plant relocation to Parliament for approval – Minority
Minority raise concerns over govt's alleged transfer of Ameri Power plant to Kumasi
Parliament passes Criminal and Other Offences Bill, 2021
TOP STORIES