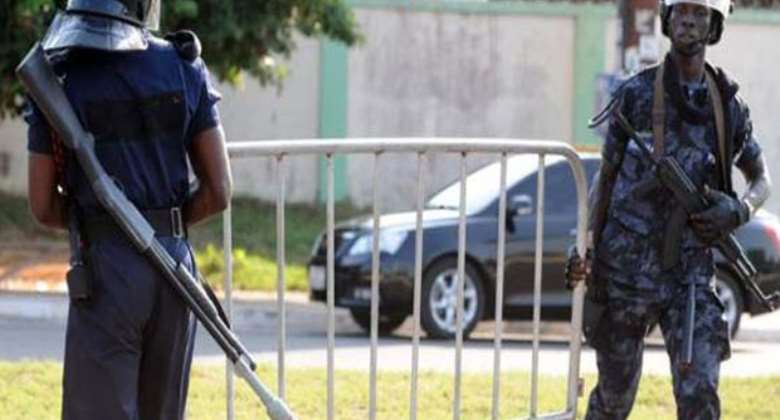 As part of the Security measures to combat possible terrorist attacks in the country, the Judiciary Service has directed security officers detailed at the various courts across the country to do a proper check before allowing any individuals to enter the court premises.

According to a Directive by the Chief Registrar, Seidu Yusif, the Security officers at the various courts have been asked to do a thorough search of all persons with luggage and a further mandatory inspection of all incoming vehicles before persons are allowed into the court premises and/or rooms.

The Chief Registrar, further ordered that the security should allow only court staff, security agencies, lawyers, their clients, and witnesses to attend proceedings as a measure to deal with the threat of terrorism.

The directive by the Court Registrar as gathered takes effect from today, Monday until further notice.

There have been terrorist attacks in some neighboring West African countries in recent times which have put Ghana on edge in readiness to deal with any such occurrence.

As a result, the Minister of National Security in a statement has drawn the attention of the general public to this growing threat which Ghana is a possible target thus emphasizing the need to intensify the security measures and engage the public to be more careful.

The National Security Ministry has assured Ghanaians that there is nothing to fear amidst the growing terrorism threats.

The Ministry said they will do whatever it takes to ensure the nation's security is not compromised in any way.

Meanwhile, on Tuesday, May 24, the Ministry will launch a campaign to assist Ghanaians in reporting possible terror attacks.

The campaign is dubbed “See something, say something”.