'I said yes you call me ‘Mr. Dumsor’; I took responsibility and fixed it and added 3,000 megawatts' – Mahama 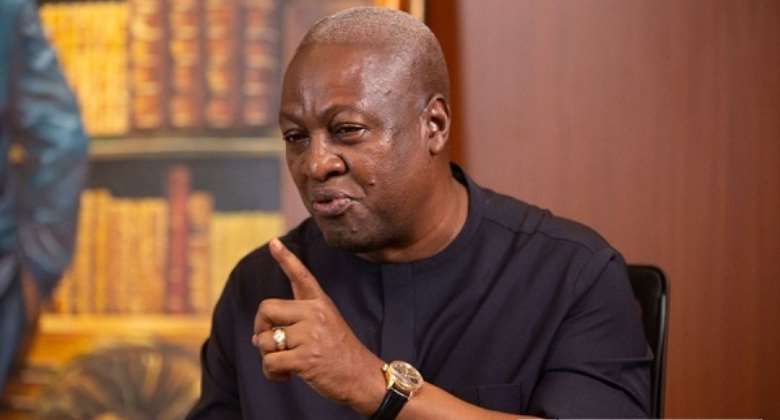 Former President John Dramani Mahama has said he accepted responsibility for the power crisis that confronted the country during his time in office.

He said though he inherited the power crisis he took responsibility and fixed it.

Speaking in an interview on Ugandan-based NBS television. Mr Mahama said: “We had the Akosombo Dam. We thought Akosombo will last forever, unfortunately, it didn’t. So we were consuming like 2,600 megawatts and our production was 2,300 megawatts so we had to go through a period of outages. What did I do? I took responsibility.

“I didn’t blame previous governments. I said yes you call me ‘Mr. Dumsor’…I inherited this problem but I take responsibility because you voted me into power to take responsibility and fix things and so I said I’m going to fix this and by 2015 I had added an additional almost 3,000 megawatts to Ghana’s generation.”

According to the former President, the initiative by his government to put in excess generation paid off, otherwise, the country would have been plunged into another power crisis before now.

“Outages every day because the consumption has caught up the amount of energy that is available and we are beginning to have problems,” Mr Mahama emphasised.

Latest Photo Reports
Catch up with all the political quotes from our politicians.
Advertise here
More from Headlines
ModernGhana Links
Akufo-Addo marches Ghana to IMF
Speaker Bagbin calls on his Israeli counterpart in Jerusalem
Take steps to restructure our debt to avoid turning Ghana into Sri Lanka — Mahama to Akufo-Addo
TOP STORIES