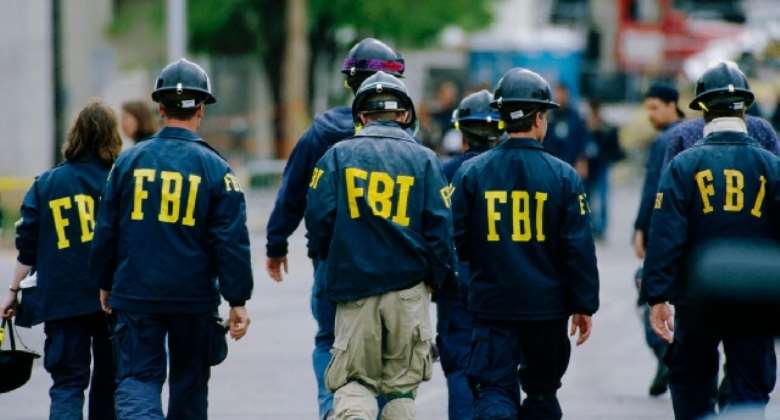 Authorities in the United States of America have jailed a top money launderer for a Ghana-based criminal enterprise.

Damian Williams, the United States Attorney for the Southern District of New York, announced that Fred Asante was sentenced to 108 months for his role as the top U.S.-based money launderer for a criminal enterprise based in the Republic of Ghana that engaged in fraud schemes that stole tens of millions of dollars from victims across the United States.

Asante was arrested on February 17, 2021, in Virginia and pleaded guilty to conspiracy to commit money laundering on February 16, 2022, before District Judge Jed S. Rakoff, who imposed the sentence on Wednesday, 18 May 2022.

U.S. Attorney Damian Williams said: “Fred Asante set up companies that appeared to be involved in legitimate business, but in reality, they were simply fronts that he used to receive and launder millions of dollars for a criminal enterprise in Ghana that defrauded American businesses and individuals through online scams”.

“Asante will now serve a substantial term in prison for his money-laundering operation. We will continue to work tirelessly with our law enforcement partners to hold accountable those who participate in the money side of the fraud business.”

According to the Indictment, public court filings, and statements made in court: From, at least, September 2016 through when he was arrested in February 2021, Mr Asante was a member of a criminal enterprise (the “Enterprise”) based in Ghana that committed a series of frauds against individuals and businesses located across the United States, including in the Southern District of New York.

The frauds perpetrated by the Enterprise have consisted of, among other frauds, business email compromises, romance scams, and fraud schemes related to the novel coronavirus/COVID-19 pandemic.

First, the objective of the Enterprise’s business email compromise fraud scheme was to trick and deceive businesses into wiring funds into accounts controlled by the Enterprise through the use of email accounts that “spoofed” or impersonated employees of a victim company or third parties engaged in business with a victim company.

Second, the Enterprise conducted the romance scams by using electronic messages sent via email, text messaging, or online dating websites that deluded victims, many of whom were vulnerable older men and women who lived alone, into believing the victim was in a romantic relationship with a fake identity assumed by members of the Enterprise.

The Enterprise submitted fraudulent EIDL applications in the names of actual companies to the SBA and when an EIDL loan was approved, the funds were ultimately deposited in bank accounts controlled by members of the Enterprise.

The business bank accounts were opened in the names of companies formed by Mr Asante and other members of the Enterprise that were purportedly involved in, among other things, automobile sales, food imports and exports, and freight trucking and shipping.

Once Mr Asante received fraud proceeds in bank accounts under his control, he withdrew, transported, and laundered those fraud proceeds to other members of the Enterprise abroad.

Mr Asante primarily laundered the fraud proceeds through his businesses by using the proceeds to purchase automobiles, food products, and other goods from U.S.-based suppliers and distributors of such products and shipping those products to Ghana and elsewhere.

These transactions had the appearance of legitimate business transactions when, in fact, the products had been purchased using the proceeds of fraud schemes. This trade-based money laundering scheme was designed to obscure the origin of the fraud proceeds as well as the identity of the ultimate beneficiaries of these schemes.

In total, Mr Asante opened and maintained 19 bank accounts at more than 10 different banks as part of his money-laundering operation.

These bank accounts had deposits that totalled approximately $36.4 million during the 4.5-year period from September 2016 through January 2021, which included fraud proceeds from more than 80 identified victims.

In addition to the prison term, Mr Asante, 37, of Fredericksburg, Virginia, was sentenced to three years of supervised release.

Mr. Williams praised the outstanding investigative work of the Federal Bureau of Investigation and the Internal Revenue Service, Criminal Investigation.

The prosecution of this case is being handled by the Office’s Complex Frauds and Cybercrime Unit. Assistant United States Attorneys Sagar K. Ravi, Katherine Reilly, and Mitzi Steiner are in charge of the prosecution.