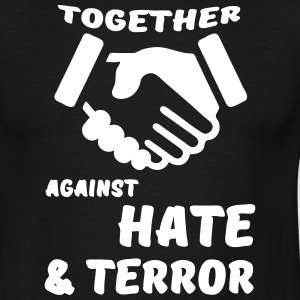 The American Human Rights Council (AHRC-USA) joins the nation in condemning the racist Buffalo, New York mass shooting that claimed innocent lives and injured many others.

This massacre is another painful and tragic reminder that domestic terrorism, mass shootings, and acts of hate that are racially motivated crimes are an ongoing threat. These senseless murders and massacres are very alarming. Mass shootings have become almost ordinary news item across many cities across the nation.

This challenge requires collective efforts and collaboration between government law enforcement agencies and the public at large. This is not simply a law enforcement problem. It is not a mental illness problem since most mental illness sufferers are not violent. These crimes mandate joint action and joint response that mobilizes all resources to counter these threats.

This recent Buffalo, New York mass-shooting was racially motivated and driven by hate. Unfortunately, these crimes are not to end any time soon. People need to be vigilant, not alarmist, and report any suspicious activity.

AHRC reminds all that business, civic and religious institutions should enhance their own security measures. Safety should not be taken for granted. These ongoing mass shootings mandate a collaborative joint effort to study and analyze the causes for these crimes.

We must not resign ourselves to the mass violence as a given. We need a local, state, and national conversation on this phenomenon.