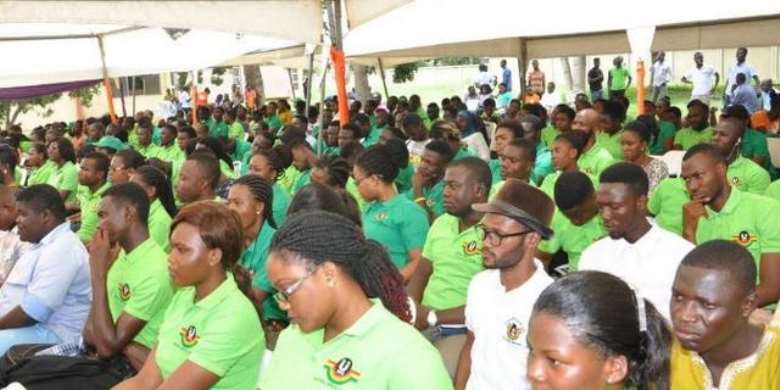 Personnel has been unhappy in the last few weeks over the non-payment of two months’ salary arrears.

Speaking to Citi News in an interview, NASPA National Secretary Lawrence S.K Nyalemegbe has confirmed that indeed members are owed salaries for the months of March and April.

According to him, members are suffering and struggling to survive. He said amid the hardships, the best the government can do for personnel is to ensure their salary, which is meagre is paid on time.

“The money has been delayed for two months. That’s March and April…The general concern is that already the amount of money that is being paid is not enough. The expectation is that the best the National Service Scheme can do for personnel is to ensure that they make payment on time to enable members to cater for themselves because generally, that’s the argument leadership has been making,” Lawrence S.K Nyalemegbe shared.

The NASPA National Secretary added, “The money that they pay our people is so meager and considering the rate at which the price of things are going up in the country and all that they ought to be paid on time.”

Lawrence S.K Nyalemegbe further disclosed that what is making things difficult is that efforts to get answers from the National Service Scheme on why the last two months’ salary has been delayed have not yielded any result.

He said the leadership of NASPA is making considerations and could soon resort to other avenues to demand payment of all arrears to struggling members.