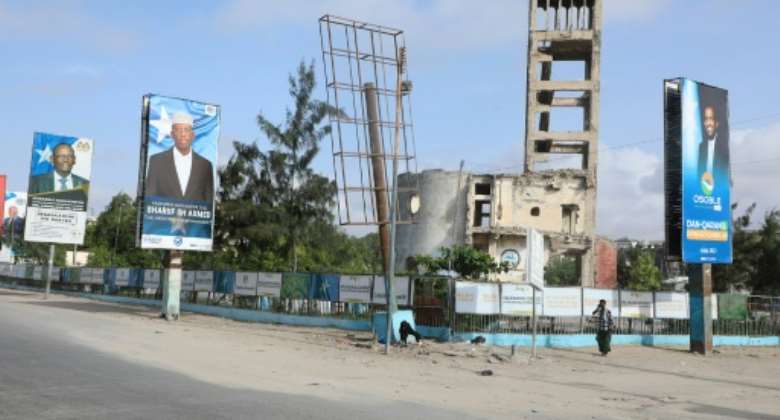 Somali lawmakers began voting in the country's long-overdue presidential election on Sunday, with dozens of candidates vying for the top job in the troubled Horn of Africa nation as it battles an Islamist insurgency and the threat of famine.

The poll has been dogged by claims of irregularities and is well over a year behind schedule, with Somalia's international partners warning that the delays -- caused by political infighting -- were a dangerous distraction from the fight against Al-Shabaab jihadists.

MPs voted under tight security in a tent inside Mogadishu's heavily-guarded airport complex, with little movement seen in the capital where police have imposed a curfew until Monday. Flights have also been cancelled, an official told AFP on condition of anonymity.

The vote is expected to draw a line under a political crisis that has lasted well over a year, after President Mohamed Abdullahi Mohamed's term ended in February 2021 without an election.

In addition to a months-long feud between Farmajo and Prime Minister Mohamed Hussein Roble, the central government has also been embroiled in disputes with certain states, slowing down the voting process.

Somalia's international partners, which include the United States, the United Nations and the African Union (AU), on Saturday urged parliamentarians to "vote their conscience".

An AU force is securing the election venue, after a spate of attacks in recent weeks by Al-Shabaab which has been fighting to overthrow the government for more than a decade.

The election is expected to take several hours and stretch late into the night with multiple rounds of voting.

"Three candidates have so far dropped out, and we (now) have 36 candidates running," Senator Abdiqani Gelle, chairman of a parliamentary committee overseeing the election, said Sunday.

A parliamentary source had earlier told AFP that four contenders had quit the race.

The victor must secure a minimum of 184 votes.

"In terms of predicting the outcome, Somalia politics is notoriously difficult to predict, especially because it is an indirect, sort of closed system with MPs voting for the president," said Omar Mahmood, an analyst at the International Crisis Group (ICG) think tank.

The contenders have vowed to tackle Somalia's myriad problems and bring relief to citizens weary of jihadist violence, surging inflation and a worsening drought that threatens to drive millions into famine.

The international community has long warned Somalia's government that the country's political chaos has allowed Al-Shabaab to exploit the situation and carry out more frequent and large-scale attacks.

The Al-Qaeda-linked jihadists controlled Mogadishu until 2011 when they were pushed out by an African Union force, but still hold territory in the countryside.

Ghana’s problem is pomposity, deception, lack of sincerity b...
15 minutes ago

Financial transactions will be allowed even without Ghana ca...
33 minutes ago