Growing success for Frenchman, the world's only breeder of four-leaf clovers 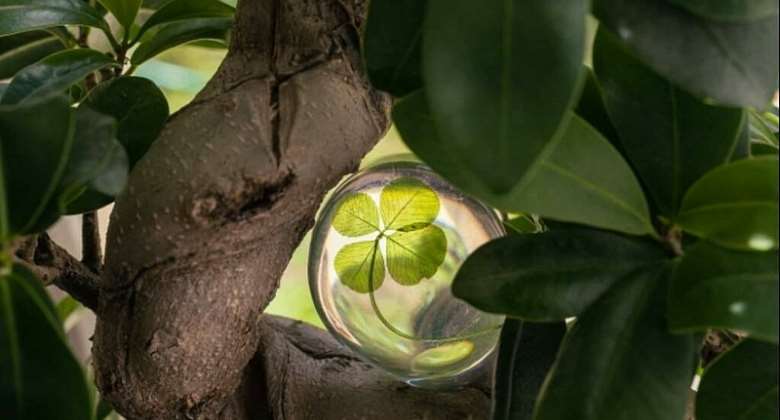 Friday the 13th is often associated with bad luck, so finding a lucky four-leaf clover could twist your fate in a brighter direction. France's Patrick Guillouard is the only person in the world licenced to grow them.

In France, Friday the 13th is linked to the demise of the Knights Templar – a monastic military order that became a rich and influential group in the Middle Ages. It was so rich and powerful that King Philip IV of France ordered its members be arrested on Friday, 13 October, 1307.

Others see a link to Christ's last supper on the eve of his crucifixion. Among the 13 guests sat Judas who would betray Jesus.

The four-leaf clover, meanwhile, has positive connotations, partly due to its rareness.

Clovers bearing more than three leaves are the recipients of a genetic mutation in the genome of the common white clover Trifolium repens.

Still, the chances of landing on one as you wander through a field are not high.

However in the Nièvre region of central France, hundreds of four-leaf clovers grow in cool greenhouses under Guillouard's watchful eye.

He began in 1998, under a licence from INRAE – France's Research Institute for Agriculture, Food and the Environment – the only one of its kind in the world.

They grow “mainly three-leaf clovers but there are some four-leaf and a few five-leaf among them”, he told France 3 television.

“We don't want to put four-leaf clovers everywhere, it's a symbol of good luck because of its rareness,” adding that the clover had kept its special identity because it “brings us closer to our elders and the rural world”.

A survey by IFOP found that 52 percent of French people think that finding a four-leaf clover will bring them luck.

And that belief goes back a long way.
For Christians, Eve is believed to have left the Garden of Eden with a four-leaf clover as a souvenir. As she survived, it became a symbol of hope.

And in pagan culture, the leaves are thought to represent faith, hope, love and luck.

The items are sold in their shop "Carré de Trèfles", especially online.

The clover leaves must be handled carefully and only perfect sprigs are used. They're soaked to preserve the colour, then dried on blotting paper before being cast in resin to create the objects.

Despite the plant's fame and popularity, this year's Friday 13th has not proven the luckiest.

"It's not very popular this year, I haven't seen that many orders from individuals or shops. Not as many as previous years,” Guillouard said.

He hopes to catch up on other occasions like Mother's Day or at Christmas and New Year.

"People like to give four-leaf clovers as gifts because they think that some of the good luck will come back to them.”

The four-leaf clover has special significance for some people in France.

In his biography “Le Talisman” French industrialist Marcel Dassault recounted stumbling on the lucky plant while walking through the countryside in 1939 just before the start of the war. He put it in his wallet.

Shortly after, he was deported to Buchenwald, where he was forced to hand over all his belongings.

He survived the Holocaust and months after the war ended his confiscated possessions were returned to him – his watch, pen and the wallet complete with the clover.

He would remain convinced that the leaf had brought him good fortune and kept him alive.

The four-leaf clover became the symbol of his company Dassault Aviation.