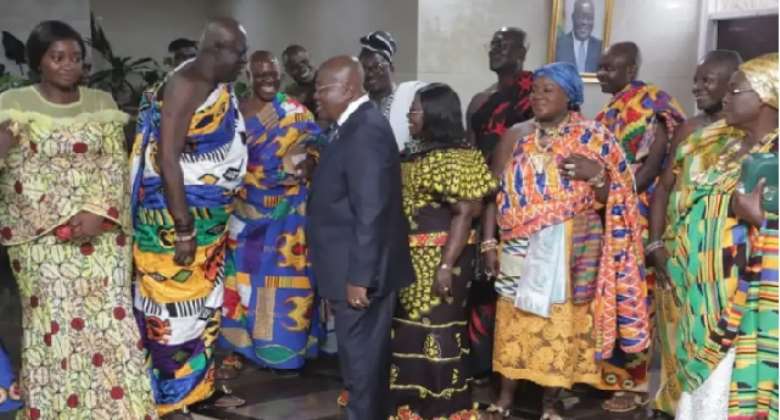 The Government has set up a committee to work on a proposal to establish an airport between the Western and Central Region, President Nana Addo Dankwa Akufo-Addo has announced.

The airport will be strategically located in order to serve the travel needs of the Central and Western Regions, President Akufo-Addo disclosed, on Tuesday, 10 May 2022 when the Paramount Chief of Oguaa Traditional Area, Osaberima Kwesi Atta II and his delegation called on him, at the Jubilee House.

Responding to Osaberima Kwesi Atta II’s reminder of a promise made by government to establish an international airport in the Central region, President Akufo-Addo indicated that, plans are underway to build an airport which will be strategically located to serve both regions instead of building separate ones.

President Akufo-Addo on Monday, 18 October 2022, restated his promise to put up an international airport in Cape Coast during a visit to the Central Region.

He had said all was set for the project to take off.

In its 2020 manifesto, launched in Cape Coast, the New Patriotic Party (NPP) announced the airport project to augment the region’s tourism potential among other things.

Hottest Photo Reports
Catch up with all the political quotes from our politicians.
Advertise here
More from Politics
ModernGhana Links
Weeping may endure under Akufo-Addo but joy will come after the next election – Sam George
No member of my family will serve in my government — Kennedy Agyapong
Covid-19, Russia-Ukraine war cause of hardships in Ghana – Kofi Twum Boafo
TOP STORIES