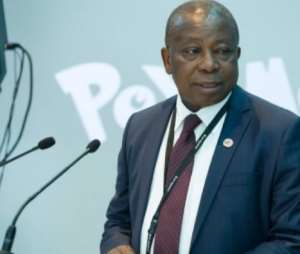 Then Minister of Health Kwaku Agyeman-Manu has said it is too early for him to predict when the Agenda 111 project will be completed.

The Minister was speaking on Thursday, 5 May 2022, while taking delivery of medical supplies from the Italian government.

According to him, there are some challenges facing the project initiated by the Akufo-Addo-led administration to build hospitals across the country.

He is, however, hopeful that the project will be completed.

The Minister said: “It is too early for me to predict whether we will finish or not".

“But optimistically, that is what we want to do and we try to push ourselves.”

The Minister also noted that the infrastructural design of the project is now being changed.

“We still have challenges with even land, especially in the big cities like Accra and Kumasi.

“We are now changing the infrastructural design so that instead of spreading across bigger land area, we want to go up. So, they are doing designs. Even in the communities, in the districts, some chiefs are coming and there are litigations in some areas,” the Health Minister stated.