‘E-levy will make workers who earn less worse off’ – TUC 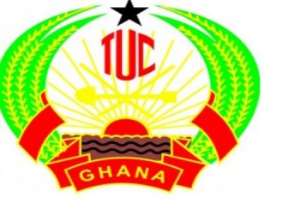 The Greater Accra Regional Secretary of the Trades Union Congress (TUC), Freda Stephanie Frimpong, says the implementation of the electronic transfer levy from Sunday, May 1 is an unfortunate event that could threaten jobs.

According to her, the majority of members of the TUC fall within the informal sector where many of them earn meager incomes.

Speaking to journalists on the sidelines of a clean-up exercise by the Trades Union Congress in Accra, Stephanie Frimpong appealed to the government to reconsider the rollout of the levy if it is found to be making workers worse off.

“Many of our members are in the informal economy, and they earn very little. If we are going to tax such people, we should add a human face. We called for extensive consultation on that, and if it is a tax that is bringing development, it shouldn’t affect workers’ pockets. It shouldn’t make workers worse off. Workers’ incomes are low, and so if they are earning such meager income, and we are still going to tax it, then it is unfortunate,” she said.

The implementation of the E-levy which is due from Sunday, May 1, 2022, has left many anxious.

The Ghana Revenue Authority (GRA), the implementer, has announced that it will proceed with the implementation but in phases.

“Following Ghana Revenue Authority's assessment of the general readiness of some Charging Entities to integrate with the E-levy Management System, the Commissioner-General has decided on a modified phased approach for the implementation of the Levy from 1st of May 2022,” it said in a letter to the charging entities.

This is in spite of the fact that some members of the Minority in parliament have filed a suit at the Supreme Court challenging the passage of the levy and subsequently filed an injunction to stop the implementation of the levy.