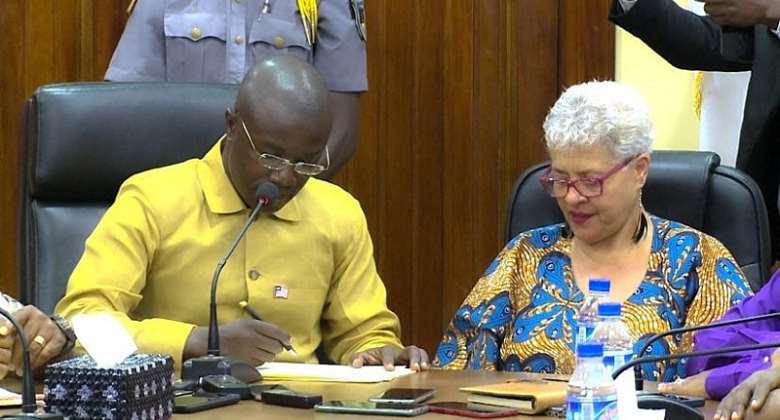 Underscoring the importance of working together, Mayor Koijee said that the signing of the Memorandum of Understanding is a great step in strengthening collaboration between Monrovia and Houston. Dr. Evans-Shabazz said that the two cities would increase their cooperative efforts through the MoU, to upscale mutual exchange and cooperation.

Under the MOU, the two parties agreed to consider opportunities and explore potential cooperation and ventures in the future. The MoU also envisages, among others, initiatives across fields like education, trade, agriculture, public works, energy, and cultural exchange that will benefit the citizens of both cities.

The City of Monrovia and the City of Houston will further develop goodwill and understanding between citizens of the two cities and examine opportunities to develop stronger ties, identify areas of cooperation and explore possibilities of partnership in those identified areas.

They were part of a trade mission from the City of Houston, America’s fourth largest city to Liberia. During their mission, the team also met with other government agencies including the Ministry of Foreign Affairs, National Port Authority, National Investment Commission, the business community, and embassies accredited near Monrovia such as the US Embassy and USAID.

The MOU is expected to last for two years, during which time an official sister city agreement will commence between Monrovia and Houston.