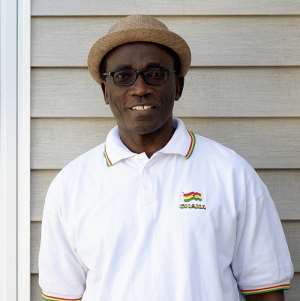 Advanced glycation end-products (AGEs) are harmful compounds that are formed in foods as a result of condensation reactions between reducing sugars and free amino groups of protein, lipoproteins and nucleic acid. The reactions are known as Maillard reactions.

High levels of Maillard reactions may lead to a buildup of excessive quantities of AGEs in the body.

It is the excessive buildup of AGEs in the body that causes inflammation and oxidative stress in the tissues and organs of the body.

We do not know which levels of AGEs are safe in the body.

ENVIRONMENTAL SOURCES OF AGES.
The foods we eat, contain AGEs. They are termed dietary-AGEs (dAGEs).

Dietary AGEs are present in uncooked foods too.
However, food-processing promotes the Maillard reactions and results in the formation of new AGEs within the foods.

When food is consumed, up to a third of AGEs is absorbed from the gut and added to the general body’s AGE-pool.

Studies on animals have shown that the consumption of AGE-rich diet is associated with the development of atherosclerosis, diabetes, kidney disease and some cancers.

On the other hand, a diet low in AGEs is associated with improved Healthspan and longevity.

Dietary restriction on AGEs-intake reduces the markers of oxidative stress and inflammation.

Therefore, avoidance on dietary-AGEs goes a long way to delay aging, and the onset of chronic diseases.

Hyperglycemia and periods of oxidative stress, such as uremia, cancers, strokes, chronic infections and inflammations, promote the formation and accumulation of AGEs in the body.

HARMFUL EFFECTS OF AGEs/GLYCOTOXINS
AGEs in the body cause harm in one of three ways.
1. AGEs activate AGE-receptors (RAGE) to initiate and perpetuate inflammatory reactions and oxidative stress in cells and tissues.

It is the interactions between the advanced glycation end products and their receptors on cellular membranes that causes cellular stress, metabolic dysfunction that leads to cellular damage and inflammations.

It is such chronic diseases that lead to deaths eventually.

2. AGEs attach to proteins (protein-glycation) and denature such proteins.

Glycated Intracellular and plasma proteins lose their structure and functions.

For example, Glycation of proteins in the crystalline lens leads to cataract formation

It is the glycation of collagen and elastin in the walls of blood vessels that make the small-vessel wall, very stiff, and causes systolic hypertension.

Advanced glycation end products (AGEs) have been associated the development of many chronic inflammatory diseases including the following diseases:

. Diabetes (and diabetes-complications)
. Joint diseases including rheumatoid arthritis and the degenerative arthritis.

HOW TO REDUCE DIETARY SOURCES OF AGEs.
Marinades
The low pH in acidic solutions, such as lemon juice, lime juice, vinegar, blocks AGE-development in foods.

Therefore, marinade food especially, meat in acidic solutions (lemon juice, vinegar) for at least, 1 hour before cooking; this decreases by one-half, the quantity of AGEs formed during cooking.

The meat products, particularly, beef, and the cheeses have very high levels of AGEs; they are followed by poultry, pork, fish and eggs.

Cooking foods with dry heat and at high-temperatures, accelerate AGEs-formation.

For example, roasted peanuts have much higher levels of dAGEs than the cooked peanuts.

Dry-heat-processed-foods like chips, crackers, and cookies that have oil, butter, cheese, eggs as food ingredients, have the highest level of AGEs per gram of carbohydrate based-foods.

On the other hand, fruits, vegetables, grains, legumes, and low-fat milk lave the lowest dietary AGE-content.

Smoking Tobacco
Tobacco contains AGE-precursors (reactive glycation products) that are absorbed through the lungs, into the general circulation. The AGE-precursors react with lipoproteins and proteins in the serum to form AGEs.

LOWERING ENDOGENOUS AGE LEVELS IN THE BODY.
AGE-Elimination.
AGEs are taken up, and broken down in the proximal tubular cells of the kidneys, and eliminated in urine.

AGEs tend to accumulate in body tissues and organs if the renal clearance of AGE is slower than its generation.

. The following Plant products are known to inhibit the formation of AGEs.

. Oat polyphenols (including Luteolin and to a smaller extent Apigenin) in a dose-dependent manner, have inhibitory effects on AGEs formation.

. Repeated use of frying oil generates high level of AGEs. Avoid frying food, if you need to, then single use frying oil is recommended.

. Avoid the commercial Fast-Foods; fast-foods have very high levels of the AGEs

. Eat foods in their natural states as often as possible.