Assassination of President Abraham Lincoln: A Tragedy for the Human Race 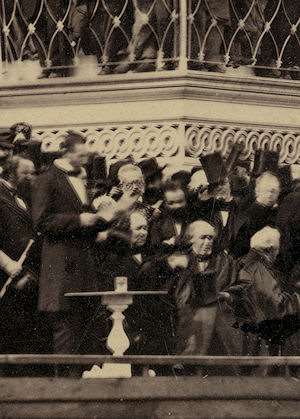 President Abraham Lincoln, who was assassinated on April 15, 1865, was arguably the greatest U.S. President, but I would also suggest, perhaps the finest American. His tragic death changed the the, world not just the United States. My colleague, Nancy Spannaus, provides a fitting requiem for the fallen President. A Requiem for Abraham Lincoln

His temperament, his intellect, and his commitment to the U.S. Constitution, saved our precious Republic, which was less than eighty years old, and heading towards a Civil War, when he took office in 1861. President Lincoln’s unwavering resolve to defeat the opposing army of the Confederacy, demonstrated his superior military skills and strategic understanding that only the surrender by a defeated South, would the Union be preserved. His tragic death affected the world, not just the United States. If his reconstruction program had been fully implemented in his second term, the U.S. would be dramatically different today.

Much has been written and even taught that President Lincoln was not opposed to slavery, but only freed the slaves to win the Civil War. The remarks by the intellectual titan and fierce anti-slavery leader, Frederick Douglas, following the death of President Lincoln, quoted in Spannaus’ articles eloquently dispute this claim. Douglas was an ally of President Lincoln in the fight to eliminate slavery.

“But what was A. Lincoln to the colored people or they to him? As compared with the long line of his predecessors, many of whom ere merely the facile and service instruments of the slave power, Abraham Lincoln, while unsurpassed in his devotion, to the welfare of the white race, was also in a sense hitherto without example, emphatically the black man’s President: the first to show any respect for their rights as men.”

The vast majority of Americans are also unaware that President Lincoln adhered to the economic policies of Alexander Hamilton’s American System. Abraham Lincoln in his basic campaign stump speech, advocated for protectionism, a national bank, and internal improvements. As President, he initiated the building of the Transcontinental Railroad across the U.S., connecting the Atlantic and Pacific oceans, which became a model of transportation infrastructure for the rest of the world. To fund the U.S. economy during the war he created a new currency-greenbacks, bonds backed by the federal government. Lincoln’s economic advisor was Henry Carey, a student of Hamilton’s economic method.

“All creation is a mine, and every man, a miner.

The whole earth, and all within it, upon it, and round about it, including himself, in his physical, moral, and intellectual nature, and his susceptibilities, are the infinitely various “leads” from which, man, from the first, was to dig out his destiny.

In the beginning, the mine was unopened, and the miner stood naked, and knowledgeless, upon it.

Fishes, birds, beasts, and creeping things are not miners, but feeders and lodgers, merely. Beavers build houses; but they build them in nowise differently, or better now, than they did, five thousand years ago. Ants, and honey-bees, provide food for winter; but just in the same way they did, when Solomon referred the sluggard to them as patterns of prudence.

Man is not the only animal who labors; but he is the only one who improves his workmanship. This improvement, he effects by Discoveries, and Inventions.” (Emphasis added)

Read his entire speech: Abraham Lincoln on Discoveries and Inventions

Let the U.S. again return to the policies of Abraham Lincoln by providing true leadership in the world.

As viewers of my website know, this is my second post in recent days discussing former outstanding U.S. Presidents and their policies. Why has American culture not produced such leaders in the last six decades following the death of John Kennedy? This will be the subject of a future article.