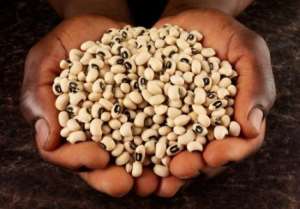 Genetic Modification (GM) and Genetic Engineering (GE) remain perhaps the most discussed food production related topic world over. Around the world, people have different perceptions about the technology with some considering it irrelevant and unneeded. Others however regard it as an important tool in the agricultural and food industry. Genetically Modified Organisms (GMOs) and Gene-edited products derived from these technologies have faced some backlash mainly from activist groups just as it has received welcome applause by farmers across the globe.

In Africa, the narrative has been that of contention between pro-GM advocates and anti-GM advocates just as it is in other places. Despite this, some countries have gone ahead to adopt and commercialize the technology and its produce. They are South Africa, Nigeria, Kenya, Sudan, Ethiopia and Eswatini. Countries like Ghana, Cameroon, Rwanda, Mozambique, Uganda and Tanzania are in the process of approving their first GM crops.

The most recently approved GM crop on the continent is the GM cassava, which Kenya has successfully greenlighted. This becomes the second GM crop approved in the Eastern African country after Bt Cotton in 2019. It is however, the fifth GM crop approved on the continent after maize, cowpea, cotton and soya bean. Developed using modern biotechnology techniques, GM cassava provides huge resistance to the cassava brown streak disease (CBSD) which destroys vast swathes of the crop across the continent.

In Ghana, the technology has been employed by local scientists from the Savanna Agricultural Research Institute (SARI) of the Council for Scientific and Industrial Research (CSIR) to develop two crops, the Nitrogen-use-efficient rice and the Genetically Modified cowpea also known as the pod borer resistant (PBR) cowpea. None of these crops are commercialized yet, though they have gone through various stages of evaluation and field trials. Currently, an application submitted by SARI on the PBR cowpea awaits approval from the National Biosafety Authority. The Authority which was set up after Ghana passed the Biosafety Act (831) in 2011 is the country’s GMO regulatory body.

Explaining the concept of GMOs in simple terms, research scientist with the Biotechnology and Nuclear Agricultural Institute (BNARI) of the Ghana Atomic Energy Commission (GAEC), Daniel Osei Fosu (PhD) in an interview said GMO development is a process that relies on an age old knowledge. He says it is strengthened by new knowledge and understanding of the DNA (genetic information carrier in the living things) and has led to the discovery that scientists can use the knowledge to help solve problems associated with some organisms.

“The process involves the movement of a desired (section of) DNA from one organism to another. For example, we know rice best grows in swampy or marshy areas and not dry ones. We also know a plant like cactus grows very well even in deserts where there is little or no water. Cut a cactus that grows on a desert and you would realize it contains some water. If we take the ability of the cactus and put it in the rice, it means that the rice will now have the ability to grow in low-water areas, which it previously couldn’t have. That is the idea behind GMOs”, he explained.

The PBR Cowpea and its potential economic benefits

The PBR cowpea is enhanced to protect itself against the pod borer pest (Maruca vivatra) and other parasitic weeds such as striga and alectra, hence limiting pesticide use and increasing yields. Nigeria was the first country to approve and commercialize the GM cowpea in 2019 and farmers who grow the variety are reporting 20 percent yield increase.

In 2019, a predictive economic study by Dr. Fred Dzanku of the Institute of Statistical, Social and Economic Research (ISSER) at the University of Ghana in collaboration with International Food Policy Research Institute (IFPRI-Ghana) and the Science and Technology Policy Research Institute (STEPRI-Ghana), revealed that if the PBR cowpea is commercialized in Ghana, it could add up to 230 million Ghana Cedis production value cumulative over 6 years to the existing annual production value of 415 million Ghana Cedis (as at 2014). It added that if regulatory decision delays the introduction of the new cowpea for 5 years from 2019, Ghana stood to lose 152 million Ghana Cedis.

Across the sixteen regions, farmers share diverse views depicting their level of understanding and need of the technology. Sabina Agyei and Vida Dzortu, both maize farmers were part of those that lost large portions of their farms to the fall armyworm invasion five years ago. More than 18,000 hectares of farm lands across the country were destroyed, causing an economical loss of some US$64 million. They describe the situation as disturbing.

Suggesting ways to avoid such unfortunate instances, Vida advises the consideration of GM crops though she admits they need more education on it. Sharing her thoughts in an interview, she said, “I hear many people say GM seeds are made from rubber but I do not want to believe it, because if it was, it would never germinate. If it germinates, then it’s a good seed.”

According to research scientists attached to the Biotechnology Research Programme (BRP) of the Crop Research Institute (CRI), GM maize is enhanced with in-built disease-resistant genes that have the potential to withstand the harmful effects of pests including the fall armyworm. It also has drought tolerant qualities but still requires adequate soil nutrients and fertilization for optimum yield.

“I know some countries consume GMOs and there’s nothing happening to them, so why can’t we also do same?” Vida quizzed. She added that dealing with the fall armyworm is devastating and wearisome and requires use of lots of chemicals.

Agya Sei, who is in his 50s, cultivates cassava, plantain, maize, and cocoa. He often battles with pest and believes farmers need pest resistant varieties. He however doesn’t think farmers need GMOs because of the stories he often hears about the technology. “Our mothers used to produce a lot because there weren’t much pests or fall armyworm or climate challenges, I wish it was same with us.” He however noted that if the narrative on GM crops change, he will be ready to accept the technology. “…As you know, times change. You see, before we were against pesticides and weedicides because there was a lot of noise on it suggesting it wasn’t good. But now that’s what we are using on our farms. If our leaders will give us the needed education on this technology to appreciate it and know it’s going to be rather helpful after all, we will adopt it”, he concluded.

A previous study conducted by the CSIR-Science and Technology Policy Research Institute (STEPRI) and the Food and Drugs Authority (FDA) suggested that a large number of the public are either ignorant of GM products or have low knowledge of the technology, and the foods derived thereof. Their perception of whether a product is genetically modified or not, depends on whether the product is mainly imported or locally produced.

The same study also established that the government and the media are not carrying out enough education on the subject.

Interestingly, citrus and potato farmer, Emmanuel Amponsah in an interview believes that scientists have allowed politicians to take the lead in communicating the science and misinforming the public. “GMOs aren’t bad. The problem is our scientists are not talking much about it and the politicians are the ones causing all the fear-mongering. They have allowed themselves to be overshadowed by the politicians who continuously vilify the technology. I believe commercializing GMOs of will be economically gainful to us farmers. If other countries growing GM pawpaw and the likes are benefitting economically, why can’t Ghana also do it?” he asked.

In the anti-GM campaign, anti-GM organizations suggest farmers will have to depend on GM seed suppliers and companies to always re-purchase new seeds for every planting season denying farmers the rights to regrow stored seeds. Samuel Amiteye (PhD), a scientist with BNARI in a reaction to this, said acquiring original seeds for planting, even in conventional agricultural methods is key for maximum potential yield. He said buying new or original hybrid seeds has always been a practice in conventional farming methods. He explained to us that hybrid seeds over a period will segregate and farmers are not likely to get the expected yield. He pointed that hybrid GM seeds also go through the same process and cautioned against sidelining GM crops. “We can ignore GMOs alright and go through a process where farmers continuously replant seeds of plants they find with desired traits. After some 20 to 25 years, farmers may have the ideal varieties they want. But why wait for that long when we can do it now?” he quizzed.

As a regulator, the National Biosafety Authority ensures production and trial of GM crops preceding its release undergo stringent and rigorous processes to guarantee safety for the producer, consumer and the environment. It also regulates contained use, confined field trials, release, market placement and transit of GMOs.

“Scientists realized that the potential of moving DNA around was so huge that if it is not controlled, it could result in the creation of anything at all. The basic principle of biosafety is If it is not safe, it shouldn’t leave the lab. Before you even begin to move DNA in the lab, you will need a permit from your country’s regulator and then you will have to meet the requirements at each stage of your work before the organism developed can be screened and subjected to a confined field trial test”, Fosu affirmed. He added that scientific data, socio-economic implications and general public views are also key in considering release of GMOs.

Conventional cowpea is sprayed 8 to 12 times in its 3 month cycle, but the PBR cowpea reduces it to only twice per season. This will drastically reduce chemical usage on cowpea farms which will protect health of farmers and consumers as well as the environment. Yield will also be increased.

Ama Kudom-Agyeman, a consultant to the NBA explains that they are working with other credible institutions to ensure GMOs are rightly regulated. These institutions include the Food and Drugs Authority, Ghana Standards Authority, Council for Scientific and Industrial Research and the Customs and the Crop Research Institute.

“The NBA as a regulatory agency has put in place all needed mechanisms to ensure things are done properly. Their framework has even been adopted by other countries and so we can’t doubt their credibility”, Ms. Kudom-Agyeman said.

As the PBR cowpea awaits approval to be commercialized, the NBA is inviting public comments to make a final decision on the request by SARI. The public can send an email to this effect to [email protected] or post to “The CEO, NBA, P.O. Box WY 669, Kwabenya-Accra.”

A petition can also be signed to support the approval.

'Forgive me if I was wrong to spearhead renovation of Asomdw...
21 minutes ago