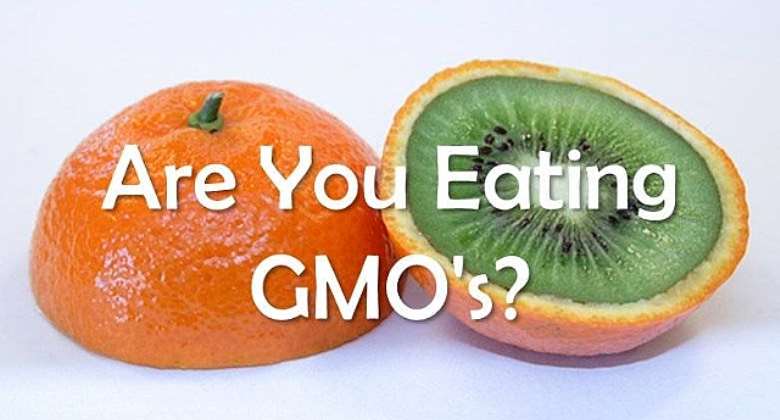 A study co-authored by the CSIR-Science and Technology Policy Research Institute and the Food and Drugs Authority (FDA) indicates current knowledge on Genetically Modified (GM) Food and the GM technology is low among the Ghanaian public. It also established that education and awareness on the technology is low and weak.

Over 600 sampled respondents answered a questionnaire that tested their extent of knowledge on GM foods, it’s safety, their willingness to pay for more GM foods, extent of importance they attach to labelling or if they care or not the food they eat is GM. This was done over a period of four months.

However, when asked to state whether or not they cared the food they eat contain GM ingredients source, 30% answered they cared about the source of ingredients of their food, 50% stated they did not care with the remaining 20% being indifferent about it.

The intensity of the ongoing debate on the GM technology in the country also proved not to match the understanding of the public. The majority of consumers rely on the internet and media sources for GMO related information.

Survey participants had already made up their minds as to what they should go for should the GM crops be commercialized, with many (71.4%) suggesting labelling of GM products though very few of them actually take time to read labels on food products.

Dr. Richard Ampadu-Ameyaw one of the authors with CSIR said, though labelling was being called for, as a people, we hardly check on any information on products we buy from the market. He noted that “The culture of reading labels doesn’t seem to be a part of us so it is not surprising. Even among those of us who are educated, how many of us read labels? We buy items all the time and use them without bothering to find out the manufacture and expiry dates.”

It was also established that labelling discussions were founded by customers’ standpoints rather than scientists’ reports. While concerns of transparency and knowledge of ingredients are legitimate, a section of the public in the GMO debate argues that food approved by the FDA is certainly wholesome and safe to consume and any form of labelling will result in food discrimination.

The findings also suggest that a large number of the respondents are either ignorant of GM products or have low knowledge of the technology, and the foods derived thereof. Their perception of whether a product is genetically modified or not, depends on whether the product is mainly imported or locally produced. This accounted for the high “Yes” votes for imported apples, rice and chicken as GMO sourced foods on the Ghanaian market while locally produced maize, pawpaw and cooking oil recorded high “No” votes. Currently, there is no GM chicken or rice on the market and Ghana has no GM product commercialized.

“I am surprised at the low level of knowledge out there, because my thinking was that by now, with all ongoing discussions, people would by now be at home with the technology. GMOs didn’t start today.” Dr. Ampadu-Ameyaw opined.

However, many respondents expressed their dissatisfaction with the current knowledge and awareness of the technology claiming the government and the media are not carrying out enough education on the subject. They blamed the two entities for rather focusing extensively on politics instead of on science , technology and food they eat to survive. Depending on the news outlet, the information the public receives regarding GMOs and it’s technology can be inaccurate, incomplete or misleading.

Programs Manager for University of Cape Coast based ATL FM, Kofi Konadu agrees that a huge section of the media focuses more on programs that will draw them more listeners or viewers than programs that go to the heart of educating the ordinary Ghanaian. He said “Most focus on content that will sell, and in Ghana, it is all about politics or who is saying what. It’s mostly about maintaining their audiences than producing evidence-based programs in science, health, education or the agricultural sector. Irrespective of the topic, politicians are always the ones invited to speak on these platforms.”

The station, well known for its expert-driven programs on developmental issues across all relevant sectors have its own challenges for taking that stance. “We hardly get willing sponsors for our brand of programs because it is not politics. But we believe the impact we’re making out there is enormous and the media should set the agenda, not the politicians.”

The low knowledge of GM technology isn’t surprising, as it has been established that education on it is weak. Wrong perception by the public is also as a result of misinformation on the technology in the society.

The authors recommend that extensive education through effective communication methods for different stakeholders and the general public, is key to changing the current negative perception of the technology for better understanding.

Arrest, prosecute galamsey kingpins irrespective of their s...
32 minutes ago

Ablakwa questions whereabouts of chief perpetrator of Bulgar...
32 minutes ago