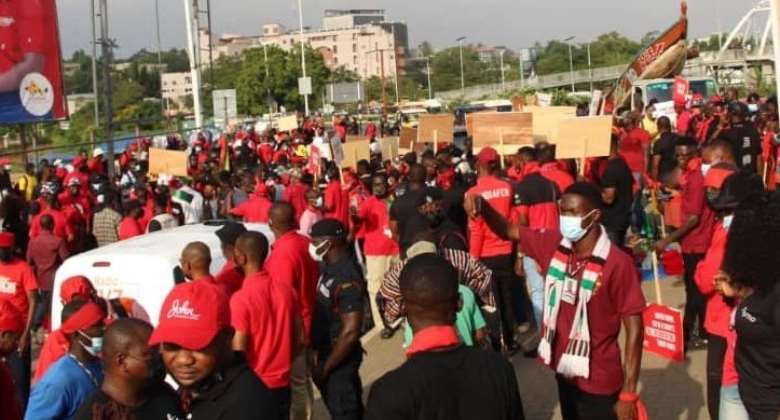 The Social Democracy and Development Dialog Forum-Africa (SDDDF-Africa) has implored the Ghanaian youth to join the ‘yentua’ demonstration being organised by the National Democratic Congress (NDC) today, Thursday, February 10, 2022.

The youth wing of the largest opposition party in the country is later this morning leading a demonstration in Accra to protest government’s proposed Electronic Transaction Levy (E-Levy).

In a solidarity message issued on February 9, 2022, SDDDG-Africa has emphasised that it is crucial every Ghanaian join the demonstration today to express displeasure at government and push for the levy to be dropped.

“SDDDF-Africa calls on the youth of Ghana to rise up in defence of their dignity and welfare against the draconian and obnoxious taxes (E-levy) being imposed on Ghanaians in this self-imposed economic quagmire of the Nana Addo and Bawumia led government.

“We call on all Ghanaians to join forces together as we demonstrate our displeasure against the family and friends government of Nana Addo who have run the economy down inefficiently and incompetently,” part of a release from the group signed by its lead advocates has said.

While demanding a complete withdrawal of E-levy, SDDDF-Africa also calls on Ghanaians to boycott the so-called town hall meetings being used to persuade unsuspecting Ghanaians into accepting such regressive tax.

Today’s demonstration will start in the Morning at 7:00am at Obra Spot, Kwame Nkrumah Circle.

A petition will be submitted to the Right Honourable Speaker of Parliament at Parliament House.

Read the full statement from SDDDF-Africa below: