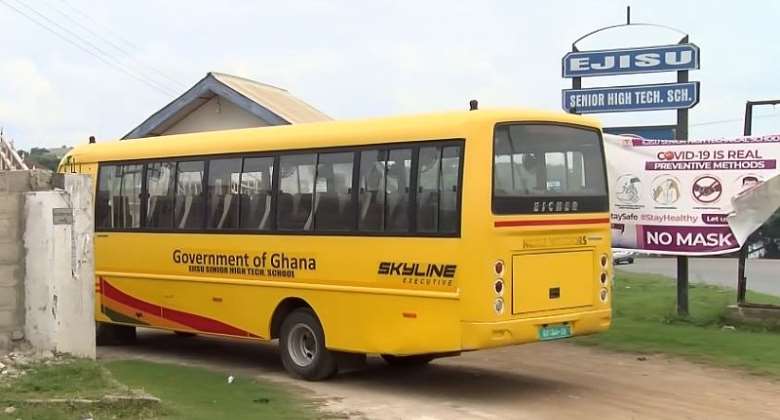 The Ejisu Municipal Security Council (MUSEC) says it would deal with persons whose actions would disrupt academic activities at the Ejisu Senior High and Technical School.

The Council is also taking steps to fence the school to ward off intruders who have often clashed with students.

This comes after three students of the school were reportedly stabbed in separate incidents this week.

On Monday, an 18-year-old second-year student was stabbed with a pair of scissors when he resisted attempts by four of his colleagues to snatch his phone.

On Tuesday evening, some youth from the Ejisu township attacked and stabbed another student of the school in a dispute over girls.

That same evening, another student of the school was stabbed in the head by students during a fight on campus.

The Municipal Security Chief Executive for Ejisu, Samuel Oduro Frimpong assured that MUSEC will work closely with management to ensure the safety of students.

“The MUSEC together with the school authorities will continue to monitor this school to ensure that nothing of what happened will occur again,” he said.

Police in Ejisu said they have arrested some persons in connection with the incident and will interrogate them, and ensure that they face the law.

ACP Stephen Tane Ngissah who is the Ejisu Divisional Police Commander said: “in two days time, we are praying we will get all those who are connected and after the investigation, we will know the appropriate action to be taken.”