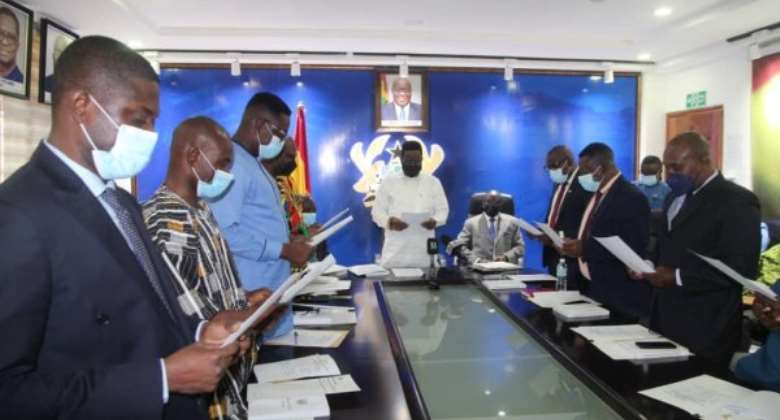 Mr John-Peter Amewu, the Minister of Railway Development, says the government will soon begin the construction of a new railway line from Accra to Nsawam.

He said the old Accra-Nsawam line, a narrow gauge, would be developed into a standard gauge to make it more robust, firm, and safe for transportation.

The Minister, who said this in an interview with the Ghana News Agency after inaugurating a 10-member governing board appointed by the President for the Ghana Railway Company Limited (GRCL), said the Ministry of Finance was facilitating a timesheet on the project with an Indian construction company called PEC Limited.

“There are sub-stations on the railway line that we are still having problems with because of some culverts and that is not good. But we are trying to fix it within this first quarter of 2022 to start moving passengers,” he said.

Mr Amewu reminded the Board of their role and mandate in providing policy direction to ensure that the GRCL turned around its fortunes to become one of the most profitable entities of government as was the case decades ago.

“What I do not expect from the Board is for it to be involved in the day-to-day operations and management of the company,” he cautioned and entreated it to work hard, be committed and focus, while expressing confidence in the experiences and expertise of the members.

Mr Daniel Adzogble, the Chairman of the Board, said members did not see the appointment as a job but a mission to create new fortunes for the country, chart new paths and attain more resources for the nation.