No discussions on E-Levy in Parliament this week 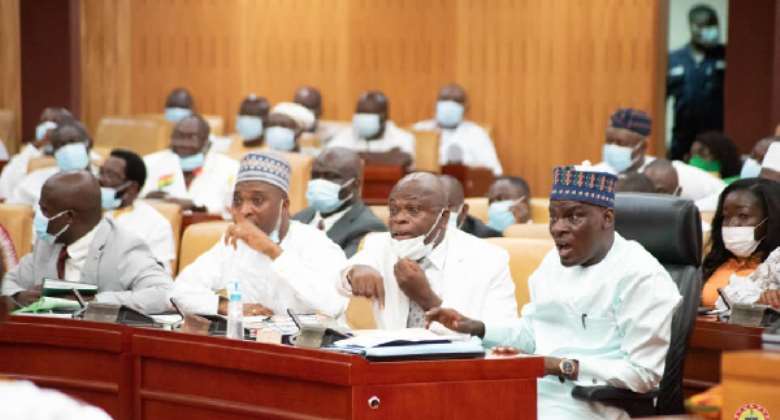 There will be no discussions on the controversial Electronic Transaction Levy (E-Levy) in Parliament this week, this is according to Deputy Minority Chief Whip, Ibrahim Ahmed.

Parliament after going on recess in December 2021 for the Christmas holidays has today, January 25, 2022, resumed sitting.

Prior information gathered before this week indicated that the Minister of Finance, Ken Ofori-Atta would be in Parliament with a revised proposal of the Electronic Transaction Levy to push for its approval this week.

Speaking to Starr News, Minority MP Ibrahim Ahmed says even if E-Levy will be discussed by Parliament, it will not be this week.

“Let me state emphatically that clearly contrary to the expectation of many Ghanaians that the almighty E-levy, which brought fighting, commotion and chaos in our Parliament. And held the name of Ghana to public ridicule is not in the business statement of agenda in Parliament from Tuesday, Wednesday, Thursday or Friday,” the Deputy Minority Chief Whip shared.

He continued, “If there would be any discussion at all, it would be next week. Maybe, next week because it would be on the principle that the Finance Minister and the government including our brothers on the Majority side have now seen wisdom in the advice that we gave to them.”

Meanwhile, Minority Leader Haruna Iddrisu has emphasised that his side of the house will never approve the E-Levy in its current state.

He insists that the Minority still holds the view that the levy is a killer one, very regressive, and would only bring untold hardship to Ghanaians.