No way, the Minority I lead will never accept E-Levy in its current form and character – Haruna Iddrisu 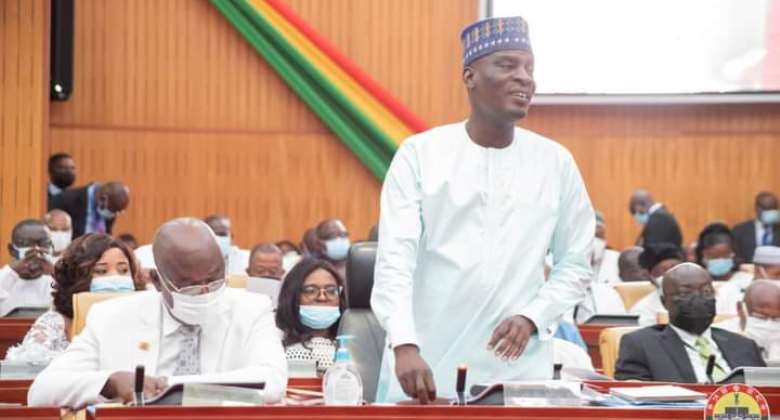 The Minority Leader in Parliament, Hon. Haruna Iddrisu has emphasised that the Minority group will never accept the Electronic Transaction Levy (E-Levy) in its current state.

The levy announced by Finance Minister Mr. Ken Ofori-Atta last year is seeking to charge a 1.75% tax on transactions of GHS100 and more carried out daily through electronic means.

Although the government hoped to have the levy passed before Parliament went on recess last year, the Minority in Parliament engaged the Majority in a fisticuff in Parliament.

As Parliament gears up to resume sitting today, Haruna Iddrisu who leads the Minority in the hung parliament has stressed that they are not ready to accept the E-Levy in its current form or character.

“The NDC Parliamentary caucus that I lead, the Minority of 137 will simply not support the E-levy in its current form, nature and character,” the Tamale South Member of Parliament told TV3 in an interview on Tuesday, January 25, 2022.

Ghana’s hung Parliament is resuming sitting today after going on recess in December for the Christmas period.

Among issues to be discussed, is the controversial Electronic Transaction Levy which is expected to top on the agenda this week.

Foreseeing a possible standoff between the Majority and the Minority, the Speaker of Parliament, Rt. Hon. Alban Bagbin has called for both sides to dialogue and reach a compromise.

“The only way is to get the two sides to consult and to dialogue with each other, to cooperate, to compromise, to collaborate to achieve consensus, this is an imperative imposed on us political leaders by the people of Ghana, we have no choice,” the speaker said while speaking at this year’s Commonwealth Parliamentary Association workshop.