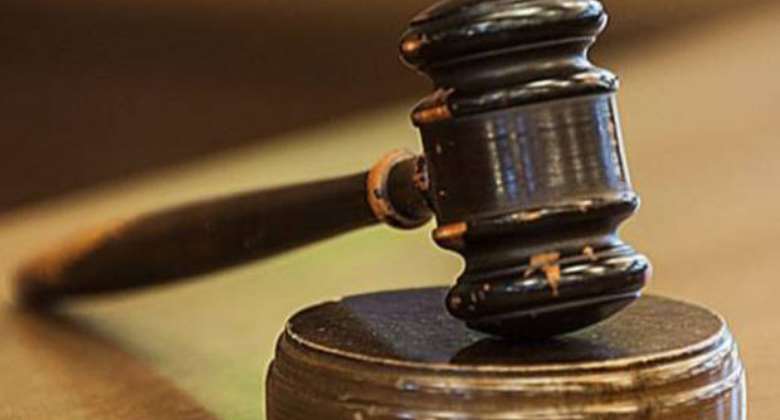 A 23-year-old graphic designer, Garcia Tray Jackson, has been jailed nine years by a Koforidua Circuit Court “A”, presided by the judge, Kwame Polley.

The convict was sentenced for defrauding a businessman to the tune of GHC12,800 in an attempt to sell a rented vehicle to him.

The Prosecutor, Chief Inspector Bernard Annor who presented the facts to the court said that on July 24, 2021, at about 7:30 am the convict Garcia Tray Jackson rented a 2019 model of Toyota Corolla vehicle with registration number GN 5690-21 from SUVAD Transport and Tour Limited located at Spintex Road in Accra at the cost of GHC400 for a day.

According to the Prosecutor, on July 29, 2021, the convict went for the vehicle for a return journey to Koforidua.

He continues that the same day, at about 7pm, the convict met the complainant John Agyemang Lambert, 42, who trades in SUVs and resides in Koforidua Effiduase.

The Prosecutor added that they met at a spot near Thomas Hotel in Effiduase but the convict requested the complainant to help him locate the house of his girlfriend but in the process told him the car he was driving was up for sale at the quoted price of GHC45,000 but because the complainant said he was in a hurry they exchanged contacts.

The next day, at 7:30 am the convict called the complainant on phone to request GHC20,000 to urgently sort out an emergency situation, therefore, suggesting they meet to conclude on the final price of the vehicle he offered for sale.

They agreed on GH¢35,000 as the final price. The convict took the complainant to the DVLA office to make verification of port duties and other documents but the complainant insisted without the documents covering the vehicle he will not proceed on that tangent.

The convict then asked the complainant to make part payment for him to leave the vehicle to him and go for the documents in his house in Tema Community 21.

The complainant John Agyemang Lambert paid $2,000 which was equivalent to about Gh¢12,000 as part payment to the convict. He delegated his sibling Emmanuel Awuah to accompany the convict to his house in Tema Community 21.

Upon reaching Accra, the convict asked Awuah to let them pass through Circle to purchase iPhone 12 pro-Max valued at Gh¢6,800.

The convict managed to secure Gh¢800 from Awuah under the pretense of adding to his money to purchase the phone but he disappeared.

Garcia Tray Jackson went into hiding until December 19, 2021, when he disguised himself and attempted to rent another vehicle from the same rental company at Spintex road for a similar modus operandi when he was arrested.

He was brought to Effiduase Police station where a formal complaint was made by the complainant.

After investigation, he was charged with defrauding by pretense contrary to section 131 of the criminal offenses Act,1960 (Act 29).

He pleaded guilty hence convicted on his plea.

The vehicle has been impounded by Effiduase Police awaiting the rental company to provide the necessary documents before it is released.