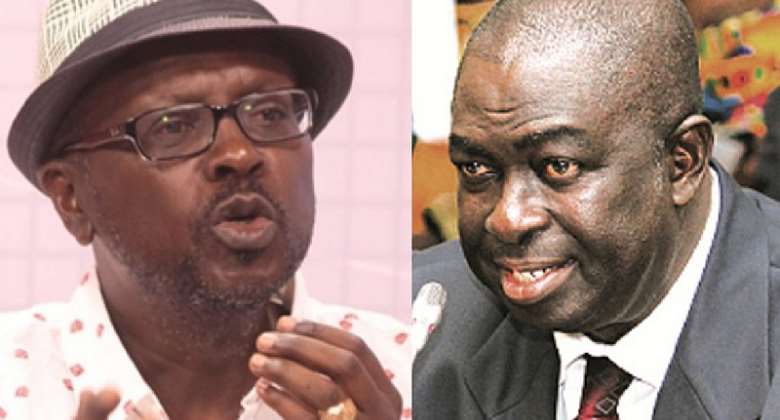 A United States-based Ghanaian scholar, Professor Stephen Kwaku Asare, known publicly as Kwaku Azar has taken a swipe at the former Member of Parliament for Ejisu Constituency in the Ashanti region, Kwabena Owusu Aduomi after admitting to paying enticement fee to delegates during the 2020 parliamentary primaries.

In a viral video, the aspiring regional chairman in Ashanti Region is heard saying he paid Ghc5,000 to each of 600 delegates and still lost to incumbent John Kumah.

“I paid a lot of money during the primaries. I paid GH₵5,000 to about 600 delegates but I lost the election,” Mr. Aduomi stated on Oyerepa Breakfast Time on January 14, 2021.

He added, “Let me tell you this, politics is very expensive. That’s how huge an amount I paid just for people to endorse my candidature. It’s a game for the brave."

Reacting to the statement, Prof. Kwaku Azar in a Facebook post said the country cannot expect politicians who pay bribes to govern with accountability, probity and transparency.

He stated, "the confession does not come as a surprise or attract the interest of law enforcement shows the extent to which we have allowed money to comorosify our politics."

The scholar who sounded worried stated that the country’s problems start with the corruption of our politics.

“We can blame the constitution, prophesy, Milo, etc for our woes but the reality is that our problems start with the corruption of our politics.

“As the good book reminds us, those who come to power through comorosification will surely comorosify the national treasury.

“GOGO will do political party reform on day 3 to rid primaries and general elections of e-fees. Both payers and receivers of e-fees will spend years in Nsawam and be banned from politics," Prof Azar added.

Reclassify Achimota forest as reserve; it's a dangerous prec...
8 minutes ago

Wheels of Justice turn fast against Vormawor but slow for Ma...
8 minutes ago