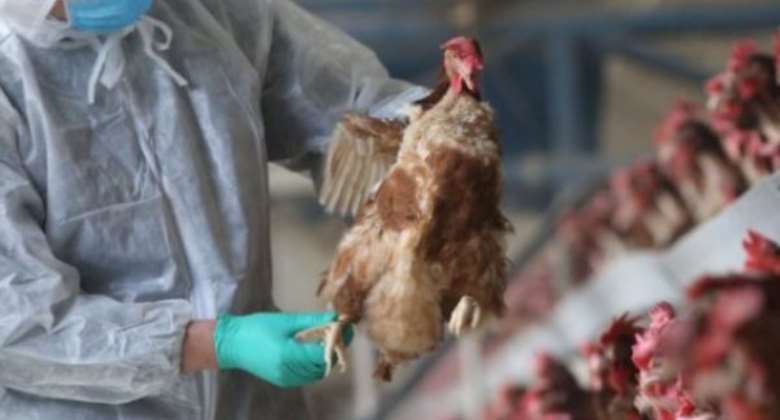 The Ghana Health Service (GHS) has confirmed an outbreak of Avian Influenza (Bird Flu) in the Sekondi-Takoradi Metropolis and Effia Kwesimintsim Municipality.

The Service has thus admonished all health personnel in the two Districts to be on the alert and look out for signs and symptoms of the disease.

According to the GHS, the disease was highly infectious and could be fatal in humans.

The GHS said this in a statement signed by Dr Gifty Amugi, Deputy Regional Health Director in charge of Public Health and copied to the Ghana News Agency (GNA).

The statement said the outbreak was detected at the Regional Veterinary Laboratory on two farms.

It said all birds on the two farms were destroyed and preliminary disinfection was initiated.

Person's with unexplained acute respiratory illness with fever and cough, shortness of breath or difficulty in breathing have been asked to visit the hospital to test for the Avian Influenza disease.

The statement warned against close contact with a suspected person or animal and the consumption of raw or undercooked poultry products in an area where Avian Influenza infections in animals or humans have been suspected or confirmed last month.

The release said all suspected cases should be reported, managed in isolation, contacts traced and samples were taken for confirmation.