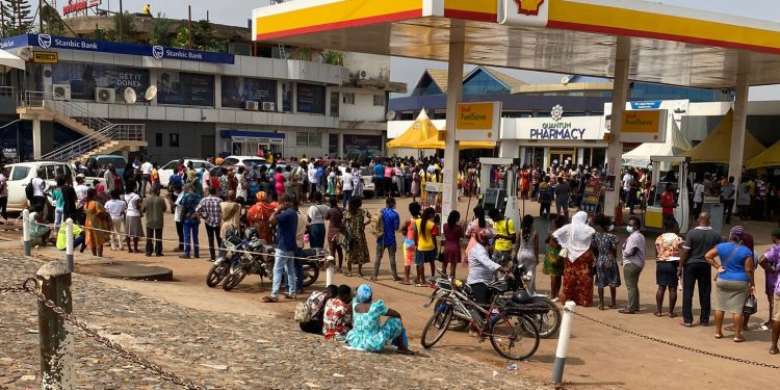 Selorm Branttie, a leading member of the pressure group, Concerned Mobile Network Subscribers, has called on the National Communications Authority and the National Identification Authority (NIA), to come out and clarify teething concerns about the ongoing SIM reregistration exercise.

According to him, a recent letter from the NIA responding to queries by a concerned citizen strengthens their case for the process to be halted.

The letter that has gone viral on social media among other things has the NIA indicating that it is unable to confirm that the biometric data to be collected by the NCA for the purpose of SIM registration will meet the standard necessary to be verified against the National Identification System (NIS) data base.

“NIA cannot endorse or guarantee the quality of biometrics to be captured by NCA (during the SIM card registration exercise) with devices NIA has not duly certified,” the letter stated.

Speaking on Eyewitness News, Selorm Branttie said the details of the letter gives useful information on whether the idea of SIM re-registration was conceived through broad stakeholder engagements or for the parochial interest of some persons.

“This letter strengthens a lot of the concerns that we have expressed publicly about the whole SIM registration exercise. It puts in context all the salient aspects about how this process was conceived and whether the stakeholders that are required to play a significant part of this exercise are really in consonance with what is going on or it is just someone’s attempt to bring in a certain kind of activity unto the national scene without the right scoping,” he said.

He said the NIA must be concerned about the ongoing exercise especially as it is a key stakeholder involved in the scheme of affairs.

Meanwhile, the Concerned Mobile Network Subscribers have insisted that the registration exercise is unnecessary.

The group, made up of former Members of Parliament, Members of Civil Society Organizations, Media Practitioners as well as Private Legal Practitioners, is also lamenting the challenges with the ongoing SIM re-registration exercise and has declared Tuesday, February 8, as a “no calls day” if the NCA does not halt the ongoing re-registration exercise.

“The No Calls Day boycott on 8th February would be the first in a series of national boycotts to protest against the current inhumane process of re-registration of SIM cards. There is no law in Ghana that requires Ghanaian mobile network subscribers to “Re-register” their SIM cards,” a statement from the group last week said.

Read the letter below: